Salesman.org > Tips/Advice > Will Artificial Intelligence Take Over Your Sales Job? (For Some People, YES!)

Will Artificial Intelligence Take Over Your Sales Job? (For Some People, YES!) 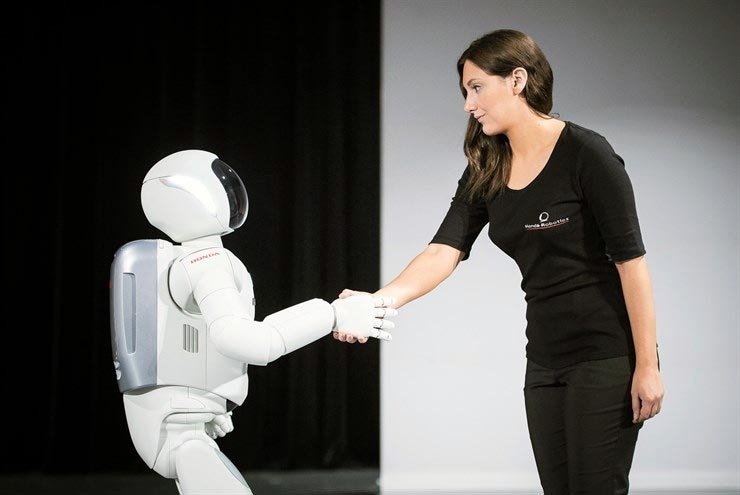 Are you scared your sales job won’t exist next year? I am.

Deb Calvert and I talked about how salespeople need to become leaders rather than just order takers in a recent Salesman Podcast but this goes way deeper than that.

Say you’re a SAAS (software as a service) salesperson. You connect with prospects and work with them to see if your software product could help them save time and money in their business.

Of course you always find a need… you’re a salesperson.

Now what if a competitor came along that had a computer program which could login to the accounting, distribution and HR systems at a corporation and calculate if they could be more efficient, how much money they would save overall and then present these facts to the CEO in an unbiased, clear way.

Could you compete if this computer program is doing this with 50 businesses a day?

Your sales manager would probably prefer it – No commissions. No personal overheads. Fully automated.

This is only the tip of the iceberg.

The Death Of a Salesman

A 2015 report named “The Death of a Salesman” [1] goes on to say that 33% sales roles that could be described as order takers will disappear completely by 2020.

Hold on, I do more than just take orders I hear you cry.

Well “sales explainers” will lose 25% of their jobs and even “sales navigators” who are actively adding value will suffer from a 15% reduction in jobs.

Added to this findings from Gartner Research that 85% of all B2B transactions will take place without human intervention by 2020 and the idea of salespeople becoming replaced by AI sales software doesn’t sound as farfetched.

An AI salesperson is scalable, repeatable, doesn’t complain that they need the 6th of January off to go to their “best friend’s wedding” and doesn’t come into work hungover after the Christmas party.

As 75% of B2B buyers actively want to buy from a website rather than a salesperson we should give them what they want, right?

The issue is that people often know what they want but they don’t understand what they need.

I wanted a new Macbook Pro for doing all the video editing for the Salesman.Red Youtube channel content we’re pushing out.

What I needed is what I ended up buying – a Intel i7, 16GB, SSD driven desktop video editing monster.

The irony here is that the AI salesperson would have been able to tell me that. It would have beeped, hummed, worked out algorithms and stated clearly that the best problem-solution fit was the desktop unit.

It wouldn’t have understood the joy on my housemate’s face (who is a huge Apple fanatic) when I brought the box home and he opened the gorgeous packaging with me and booted it up for the first time.

It would have just ‘stated’ that the desktop is the superior option.

And if I hadn’t have spoken to a computer sales expert who specialises in video editing machines I would have bought the Macbook in an instant.

Simply there was one reason why I didn’t… he had a human conversation with me.

Human to Human Sales Is the Future

The computer expert took the whole picture into account and managed to explain that the initial excitement and joy of opening and using the Apple product might last a few days, perhaps a few weeks.

Then I’d become utterly disappointed that I had to wait 4x times as long my video edits to render.

He knew this because he’d been in this exact situation himself and made the decision to buy a Macbook himself a few years back.

No shiny aluminium shell could make up for the hours upon hours he’d wasted because of the slower computing power of the Macbook he’d bought.

It’d cost him thousands of pounds in opportunity costs with the lagging speed of the Macbook processor vs a desktop, similarly priced equivalent.

(Note: To put this into perspective, a 10 minute episode of the #AskWillShow takes around 25 minutes to render on my desktop. When it’s rendering the computer becomes basically useless. On the Macbook this would likely be doubled which adds up over a course of a few weeks.)

Mind VS The Machine

The future of complex B2B sales is through Human2Human interaction. The research backs this up to as the same report mentioned at the beginning of this post claims that there will be a 10% increase in the amount of sales roles for genuine consultants.

Until professional buyers are replaced with buyer AI that does their job for them there will always be a place for a B2B sales professional who can add real value by engaging the sale on a human level.

This is relevant in 2015… When the walking, talking AI comes along that has real emotions and that we can feel empathy towards I’ll be getting out of sales and watching the director’s cuts of Terminator and the Matrix to try and work out how the human race can survive.