Why Underaged Drinking Made Me Better At Sales 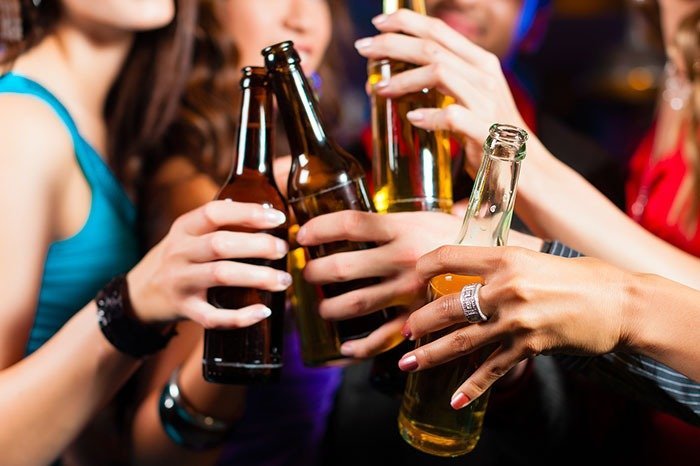 There is only one way for new salespeople to become killers.

You don’t need to read any books, attend any expensive seminars or hire any magical sales mentors.

All you have to do is fake it until you make it.

With the #AskWillShow now in full swing I’m getting asked hundreds of questions about the world of sales every week.

The answer to most of them is either –

1) Hustle harder. Simply outwork the competition and you will beat them. Most salespeople are lazy.

2) Fake it until you make it. Stretch your comfort zone and people will buy from you when you appear confident.

Every time I feel I need to stretch my comfort zone I do the same thing.

I fake it until I make it.

When I started to play gigs in Liverpool with my first band when we were just 16. We could get into the venue to play but were not allowed to drink.

I can remember sheepishly walking up to the bar and being knocked back empty handed at every venue we played in.

I then had to do the walk of shame past the lads who were only slightly older than me but were old enough to drink in there.

They always had a good laugh.

This was until I watched Sarah go to the bar.

Sarah had long legs, wore little skirts, got served everywhere and she was in my year at school. Standing side by side I swear I looked older.

Assuming she was going to explain that she waits to be served at the bar by a bloke, throws out a flirty smile and bit of charm to seal the deal before he hands over her drinks, I asked her how she always managed to pull it off.

She was faking it until she made it.

I then stormed up to the bar, stared the barman right in the eyes, asked for an ice cold cider to “calm my nerves before I went on stage” and didn’t look away until he was the other end of the counter bending over to pick up a glass.

I had no doubt in my mind that I was 18 and I was going to get that glass of cider.

All the subconscious cues the barman would usually rely on to spot underage drinkers were absent and from the social constraints of not wanting to cause a fuss he was pretty much forced to serve me.

The bar was breaking the law (sorry about that) and my friends thought I was some kind of superhero.

This reinforced my initial fake confidence and I can’t remember a time I didn’t get served after that.

Now I’m not condoning underage drinking (I’ve been sober for a year now as I feel drinking reduces my sales hustle) and I was also 6ft 3in at the time which likely helped more than my perceived levels of confidence but I’ve faked it until I’ve made it over and over.

I faked it until I made it in the first sales job I had.

Even with the second sales role, I still didn’t really know what I was doing and so I faked it until I made it some more.

I faked it until I made it with every girl I’ve ever dated.

I’m faking it until I make it answering your sales questions on the #AskWillShow!

I’ve no idea what I’m doing there.

In Business Nobody Knows What They’re Doing

People will always try and bullshit you otherwise but nobody knows what they’re doing in the corporate world.

Everyone is faking it. Not everyone actually makes it.

Not your sales manager. Not your prospects. Not even your CEO or managing director (but they’re professionals and know how to spin the good and the bad to make it seem otherwise).

What happens is, you get good at your job from faking it until you make it.

Then your boss sees that you now know what you’re doing and so they give you some praise.

They then promote you.

Then you’re back to step one and you have no idea what’s going on.

Most people end up in a position that is just slightly above their confidence and skill levels. So if they appear confident it’s likely just an exterior shell they’ve created.

Why This Makes You A Sales Killer

Never fear cold calling. You might just be providing them with an offer they’d never have managed to research themselves which will make them look like a hero.

Never fear rejection. The person who didn’t want to work with you is likely struggling to stay above water without any other projects being put onto their plate (even if they could benefit from them).

They’re not rejecting you personally, they’re rejecting anything new that might topple the tower of responsibilities they’ve already been handed.

HINT: It’s your job to help them understand that you’re not going to add more to their work load, you’re personally going to lighten it.

Never fear your sales manager. They will give you a hard time if you’re not hitting target but they didn’t set the them.

Generally sales managers have no idea if the number that is set is what your territory should be turning over in the current market.

In the first instance these figures come from the shareholders who want to see X% growth. This growth is turned into revenue by the CEO/CFO.

What can’t be accounted for by cutting costs or current business is then passed to the VP sales.

It’s then split up further until at the end of the line you have a target.

Most sales managers are just salespeople that have jumped up a level and are out of their depth and so they shouldn’t be feared.

Are You Feeling Uncomfortable

With all that said, when I’ve not faked it for a while I know something is wrong.

I see it as a good thing.

Otherwise I know I’ve been sat in my comfort zone for too long.

In sales that means that I’ve got to try and close some substantially bigger deals or experiment with a joint venture.

In life it means I need to travel, meet new people and perhaps leave some of my current friends behind.

If you’ve made it this far I want you to genuinely ask yourself – are you comfortable right now or are you in a place of growth?