Why Sales Hustlers Make Big Money (And Why I stopped Drinking) 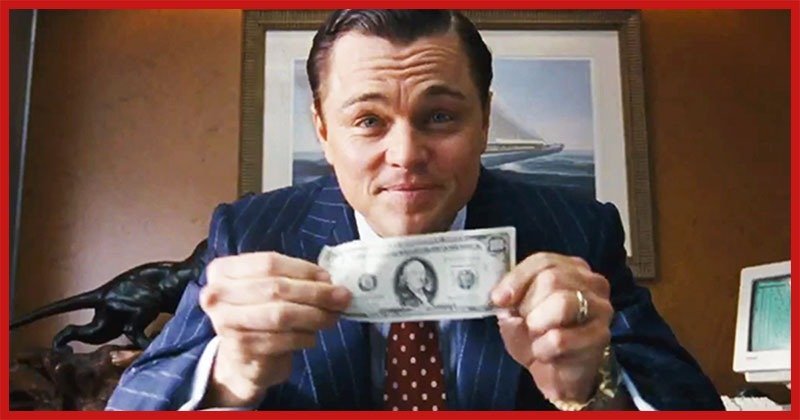 I just finished up recording an epic Salesman Podcast interview with Anthony Iannarino where we discussed why sales hustlers make the serious money.

It made me look inwards to see what has increase my hustle personally and I managed to narrow it down to two simple things.

They didn’t involve expensive sales training or reading self-help books. They’re things you could try today for free (in fact one of them would actually save you money).

But first, what is a sales hustler?

NOTE: Want to know if you’re a hustler? Take the quiz at the end of this post.

What is a hustler?

‘Hustler’ is the in-vogue, cool way of describing someone that kicks ass. Someone that will do whatever it takes to get the job done. The man who looks in the mirror and sees a lion facing back at him.

Common attributes of a sales hustler include –

Why is this important in sales?

During the podcast I ask Anthony where he thinks the sales industry will be in 5 years’ time and his answer was the best description of the shifting sales market I’ve ever come across.

Anthony explained that the industry is tearing itself into two chunks. On the one hand you have sales teams that can offer legitimate added value to their customers through consulting, customising, expert industry knowledge etc.

This is the realm of the hustler. To survive here you need to have good general business skills and be proactive in your approach to improving the turnover/lives of your customers.

The second chunk is where people can be replaced by internet order forms. If your sales job doesn’t require you to be proactive and chase customers down then it probably isn’t going to exist for much longer.

Be honest with yourself for a just moment. Could you be replaced by an order form and an FAQ video?

How do I rile up my inner hustler?

I believe everyone has a hustler within them. A hyper version of themselves that actively wants to fight for results rather than be happy with average (and then smother any glimpse of ambition with beer, drugs and sex at the weekend to keep in it check).

Things may come to those who wait, but only the things left by those who hustle. – Abraham Lincoln

It sure the word hustler sounds glamourous and the tech nerds from Silicon Valley will try and pitch you that it is, with job titles such as ‘Growth Hacker’ or ‘Sales Hustler’ but the reality is that it takes sacrifice to hustle.

‘You coming out this weekend?’

A huge killer of sales hustle in the western world is the cultural pressure to go out and get drunk on the weekend.

You lose Friday afternoon thinking about going out as you start to ‘wind down’. Then there’s a whole afternoon wasted getting ready to go out. Not to mention half of the following day as you recover from literally poisoning your body.

You’re effectively trading 5 days of your life for two days of pleasure. A hustler trades 7 days of their life for a much bigger goal down the line. A goal that is too big for the average person to ever achieve or even imagine.

There is a weird pressure to drink on weekends and it can be difficult to reclaim your own opinions on this. Remember you’ve been marketed to by billion dollar drinks companies since you were a child to convince you that this is the way that ‘everyone’ relaxes.

Your peer group (more on this in a second) will do anything to convince you to come out and get wasted.

But you can get over it and it will increase your hustle.

I stopped drinking altogether around 8 months ago and having survived parties, a friend’s stag weekend away abroad and a holiday in the sun I’ve no intention of starting again soon.

Whilst my competition is hungover in bed on a Sunday morning I’m hustling to steal their customers.

I’m not ‘winding down’ on a Friday afternoon, I’m calling CEOs and Directors because they’re hustlers and they’re still in their office.

I’m being productive with my time whereas before I could barely remember what happened after the 4th pint of cider.

I’m sorry if you haven’t heard from me since April this year. That was the moment I started to remove the friends from my life who were average and weren’t hustling to achieve something.

And it doesn’t have to be hustling to buy something expensive. I’ve a good friend that I’m closer to than ever and she is hustling to recover from some crazy surgery. She puts my sales hustle to shame because her drive is live or death whereas mine is to just make a better life for myself.

These are the people you want to surround yourself with so you can feed of their hustle too.

When you start to surround yourself with hustlers you see old thought patterns being broken. It becomes normal to stay up to 2am to speak with that prospect on the other side of the planet to close deals.

Normal becomes doing whatever it takes rather than what is possible between 9-5 Mon-Fri.

As I mentioned, I honestly believe that everyone has a lean, mean hustler within them. Most people are too scared to leverage this however because it goes against what they think is normal within the workplace.

As a sales person you are in a unique position as hustle is rewarded financially. The more you hustle the more money you make.

And you have a job to make money right?

You need to decide if you’re willing to be a sales hustler because sooner or later, if you’re not and you’re just here to collect a steady pay check you’re going to be replaced by a computer screen (or a hologram).

#522: Make Selling Easier By Being Perceived As A LEADER With Jason Treu