What Sales Managers Do Before They Hire You 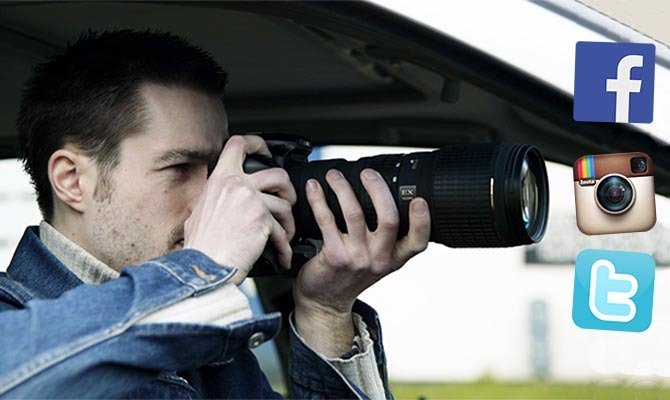 It’s come to that time were you’re starting to either outgrow the company you’re selling for and there isn’t the progression available to move forward or you just fancy a change.

You’ve applied to for that new role in the more prestigious, market leading company that you’ve always known have had the superior products that would fly right out of your fingers and into the hands of a loyal customer base.

You’re through the interview stages (of course you are, you’re a sales hustler) and it’s down to the sales management now to make a decision between you and that slightly older guy in the wrinkled suit you crossed paths with in the companies reception area.

You stared him down and make him feel uncomfortable in your brief confrontation but he obviously didn’t phase him in his interview as it’s just you two sales heroes left in the interview process.

The next steps will vary from manager to manager but here are what they’re likely doing to make that final call. It’s useful to know so you can make an attempt to shine the most positive light you can on the results before they take a look at them.

They carry out sales success testing

A smart sales manager (the ones you need to fight to work for) will carry out some form of sales success testing to see how likely you are to be successful selling their companies products.

The best sales success testing such as the ones provides undertaken by the industry leading Objective Management Group are not things where the results can be fudged in your favour.

They’ve simply have too much data having worked sales based companies (11,000) and with too many salespeople (750,000) for you to cheat it.

Therefore it’s just a case of understanding that this testing starts with the sales manager explaining their ideal candiate and so you need to think about their wants and needs in a salesperson and take that into consideration.

If you get past this step next a sales manager will…

Have no doubts that either 1) the hiring manager will put your name and location (to narrow down the search) into Google.com to see what the internet says about you or 2) they will hire a serious recruitment investigation firm to do the job for them (even scarier).

“For the next decade until something else comes along, you are what Google says you are”

The first 3 pages can be your best asset or your worst enemy. Do they show sales awards you’ve won, local news coverage and all the charity work you have done? Or do they show images like this one of me that I included in a blog post years ago –

Admittedly this photo is not the best first impression if a potential sales manager were to Google me.

How do you clear incriminating evidence from google?

The short answer is that you can’t, directly. You don’t have control over what google shows in it’s search engine rankings all you can do is try and knock anything dodgy so far down the list that no one reaches it (99% of all links clicked on google happen on the first 2 pages).

There are a number of ways you can do this –

A) Start a sales blog – Google ranks webpages/images by the number of websites that link to them (massively oversimplified but the best way to look at it). Therefore if you can produce some great sales content and have friends colleagues share it so it builds a few links it’s very easy to have the first page of Google be the posts you have written.

What better way to impress the new boss than having (seemingly) endless amounts of interesting articles written about you pop up when they search for your name.

B) Do some interesting non sales activities – If you raise money for a local church, donate time and energy to helping the homeless or complete a marathon dressed as a massive foam Spongebob Squarepants your local newspaper will happily mention it on their website.

These links will not just push down the less palatable ones but they will give positive social proof that you’re a good guy who does more than works 24/7 (which is a positive trait sales management will look out for).

Therefore it’s likely your Facebook page for example pops up in the first few results when you search for your name. If there are webpages you’d like to push back past page 2-3 so they don’t get picked up on then a simple solution is to join all the biggest social networks so these appear above those unscrupulous pages.

But remember, if you’re on social media sales managers will…

They visit your social media profiles

Sales managers are curious beasts, rest assured they will track you down on all the big social networks and snoop at what you’ve been up to, who you hang around with and how you behave out of office hours.

The first thing to so is to lock down your the privacy settings on every social network (you should do this to prevent identity fraud if nothing else). Then tidy the public information they all display up –

Then make sure you have the same, professional, current picture across all the profiles and no Friday night/Saturday morning incriminating drunken shenanigan photos that are available to be scrutinised on the following social networks –

Getting your social media right is such a simple step but many people still screw it up. They’re hoping the following will save them…

Do not rely on them. It’s likely –

The last sales job I applied for I  was promised a glowing review from my old sales manager. I’d killed it for him by going way over my sales target that year and although he was sad to see me go he understood I wanted to move back to the north of the UK to be closer to my Mum who was ill at the time.

I confidently passed on his details to the hiring manager knowing that he would do everything in his power to convince him to hire ‘his sales superstar’ as he so often called me (that’s a little urgh looking back at it now).

Unfortunately just like most UK companies now, the only people that give references are the HR department and they only confirm that you worked with them from X to Y dates and that you weren’t sacked. This is to stop them getting sued if they could be blamed for you not getting your next position.

It was only weeks after I started that my new sales manager explained that he hadn’t spoken to my old one, he’d chatted with some miserable woman from human resources.

BONUS: Free tools to confirm you’re ready to be hired

It’s simple – Don’t give the hiring manager an opportunity not to hire you. You’ve done all the hard work in the interviews and by showing you’re a sales pro in your previous role. Don’t let your dream sales job slip away from you by allowing your potential new boss to see a video of you drinking shots out of a bartenders belly button on facebook.