You NEED to Understand This About Cold Calling

Cold calling’s dead? I don’t think so. 82% of buyers say they accept meetings with reps who cold called. And 57% of C-suite execs preferred way to be contacted.

So don’t fall for the hype—cold calling is alive and well. And if you’ve already seen some success with it, here are just a few small tweaks you can make to take things from paying the bills to early retirement.

Now before we get started, I want to point out this is not a video for beginners. There are plenty of tutorials on how to get started with cold calling. And this is not one of them.

Instead, it’s built for reps who have already built a semi-successful process, but you can’t quite seem to make any progress. You’ve plateaued. And despite your best efforts, your numbers never seem to get better.

Sound familiar? Well if so, I’ve got your back with these three strategies. So let’s jump in.

Tone. Your tone is a critical part of what types of feelings you’re eliciting in your prospect. From pitch and volume to speed and your own attitude—yes, people can hear smiles—your tone of voice says a lot about you as a person.

And one big problem reps face is learning how to hone their voices when cold calling so that buyers aren’t scared off in the first second or two.

As it turns out, most buyers don’t respond well to an overexcited sales rep on the line. Their over-enthusiasm comes off as suspicious. And no matter how great your product is, you’re going to scare off prospects when you come in hot with the stereotypical sales rep approach.

Instead, try taking a calmer, more relaxed approach. And to do that, you need to…

Let me tell you what I mean by that.

According to sales expert and professional trainer Josh Braun, the tendency to sound overexcited on a call comes from reps wanting the sale too much.

And you might be saying, “Will, isn’t wanting the sale a good thing?” And on one level, it is. But what needs to take precedence over wanting the sale is wanting the right buyer. Because truth be told, every prospect isn’t going to be a fit for what you’re selling. Some buyers are going to say no. And that’s okay.

Expert Note:
“The trouble salespeople get into is when they attach their self-worth to the outcome. No, one’s rejecting you as a person, they’re just rejecting what you’re saying. And so when you do that, it’s almost like I feel like I’m on a golf course, and I’m calm and I’m swinging the club, and I’m going to the next hole. And there’s a bunch of holes.”

There are plenty of other prospects out there. And when you find the right one—the one that’s actually a fit for what you’re selling—that’s when the magic really happens.

So remember, stay calm. Stay collected. And try to sound as natural on the phone as possible.

So first of all, most people don’t like to be cold called. Shocker, right? Because they’re busy. They’re managing their staff, they’re on the hunt for new clients, they’re blah blah blah. They’re doing stuff! And your call is an interruption for getting that work done.

Now, most sales reps try to ignore that fact. They try to lure prospects into forgetting about it by being personable, by being likeable, and by demonstrating that they have value. But I’ve got news for you here—your prospect will not forget.

They may move past it at some point. But the vast majority of people who pick up a cold call are going to be annoyed. And the more you try to schmooze your way into their good graces, the more they’re going to think of you as just another skeezy salesman.

So what’s the solution here? How do you break down that stereotype and shift their mindset?

This tip comes from Chris Beall, Founder, CEO, and sales psychology expert. Here’s what he says:

Expert Note:
“The reason that cold calling actually can be allowed to work 100% of the time is you can show the other person you see the world through their eyes. And all you have to do is say this phrase correctly, with the right heart, then it works. You say, “I know I’m an interruption.” Not something soft like, “Oh, I do believe I might well be interrupting your day.” Or any of the crap that people want to say. Take full accountability for being the ambusher, see the world through their eyes.“ 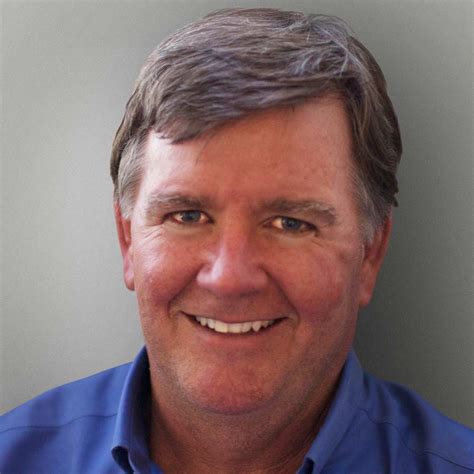 When you do that, you’re showing prospects that you understand them. And you’re helping shift their mindset away from seeing you as an inconvenience. And towards being receptive to hearing what you’ve got to say.

Structure. There’s a place for freewheeling conversations and meandering discussions. But cold calling is not it. To take your results to a new level of success, you need to follow a general outline of how to get from point A to point B. To turn your prospect from, “Who the hell is this?” to “I want what they’re selling.”

So the first thing to remember when it comes to structure is that on cold calls, you’re not selling the product…

This again comes from the mind of Chris Beall. He told me…

With that in mind, you now have to follow a structure that takes them from the initial stage to booking a call.

At the initial stage, prospects are in fear. And surprisingly enough, that prospect is afraid of you. Because you’re the interruption. And right now the only thing they’re thinking of is getting off the phone with their self-image intact.

So what can you do to move them from fear to trust? Well that’s where the previous tweak comes in—calling out the interruption. Like we said, this is showing the prospect that you’re not like every other sales rep. And in fact, you even know what that prospect is thinking and going through. And alakazam, you’ve built a solid foundation of trust.

Only once you’ve built that trust can you then start piquing their curiosity with what they’re going to learn at the meeting. And after you’ve stoked that curiosity, you can bring in the verbal commitment and get them to take action by booking a call.