This Is Why You Let Your Customers Walk All Over You 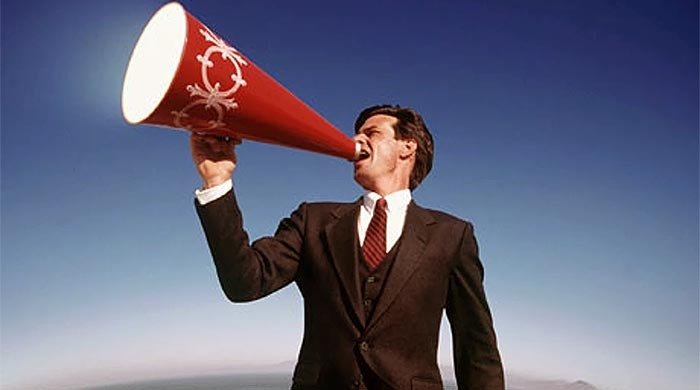 “Will, we need to have a word about Dr Green” my boss said on the phone as he pulled up in the car park in his shiny new 5 series BMW.

“I’ll be inside in a minute, I’m just going to return his voicemail” he stated before he hung up.

My sales manager had booked time in my diary to presumably give me a telling off about Dr Greens relentless voicemails that had been left at least 3 times a day for the past week on his mobile.

Of course being a sales manager he was far too busy to to return them.

He sat opposite me in the dingy hotel bar he’d arranged to meet me at, “what the hell is his problem?”

My mind raced for an excuse to whatever he was going to accuse me of this time – late delivery of surgical equipment, the wrong equipment, not spending enough time in the operating theatre with him?!

That is when my sales manager took a sip from his coffee and lay down a hard truth that I had known all along but in an attempt to be an alpha male had ignored.

“Dude! He is walking all over you, tell him to stop ringing your manager and stop pestering people higher up the food chain. He’s a NOBODY. If he keeps this up then tell him we’re not doing business with him any longer”

Wow I thought. This was the best advice I’d ever received from a sales manager.

It changed the way I sold forever.

You Are A Sales Professional!

Don’t take crap from your customers.

Yes you are there to serve them and make their lives either easier or more profitable but you are certainly not their bitch.

Dr Green had upset me on a number of occasions and caused me unneeded stress (which kills salespeople) by trying to get my manager involved to increase the amount of time I was spending with him.

He was a bully.

He knew that me spending time with him in the operating theatre essentially gave him another member of staff so he could rattle through his procedures quicker and get home earlier.

It was my fault however, I didn’t set any boundaries.

You haven’t put enough in your pipeline and so you’re desperate to get everything you can out of the other end.

Have you ever noticed that the extra-long hours kissing ass seem to happen whenever your target is due?

I wasted many of my precious evenings driving medical equipment up and down the country because surgeons had forgotten to place orders in time for certain procedures.

It was their problem, not mine.

The main reason I did this was because I felt desperate for their business.

I keep my pipeline that full that if someone tries to mess me around, I can confidently tell them that “I have to use my time efficiently because of the demands placed on it and so I can’t help them on this occasion”.

B) You’re Not In Control

Clearslide (a partner of the salesman podcast) was a total revelation for me when I first started using their product.

No longer was the sales process up in the air once I’d sent a prospect some content.

Clearslide enables sales professionals to forward content to prospects, monitor when it’s opened/how it’s engaged and then jump back into the sales conversation at the appropriate time.

No more leaving my business down to prospects that didn’t value me. Now I know when they’re not invested and so I don’t over-invest in them.

I’m back in control of the sales conversation.

For the longest time I thought it was OK to have a customer shout at me when something isn’t going their way.

This is not acceptable.

I’ve had surgeons scream down the phone when unfortunately equipment hasn’t been delivered on time.

I always assumed that this was normal.

If you personally wouldn’t scream at a customer then why should you take that verbal abuse?

Tell your manager, explain to the customer that they’re a grown adult who is dealing with a professional business person and if it happens again, tell them to get stuffed.

Personally I have no issue with confronting a bully (when I’m conscious that their behaviour isn’t acceptable but I sometimes miss that first step).

However I’m aware that some people would rather put up with being walked on, rather than face the drama of making a scene.

Hey, that customer might be bringing in some decent commissions for you right?

It’s worth being pulled and shoved around for the money right?

With hindsight I’d say that in 99% of cases you’re wrong.

Sometimes you need to just stick up for yourself and put a customer back in their place.

The last time I did this was with an ad sponsor on the Salesman Podcast.

Their demands were starting to become ridiculous and they were pressuring me to push the limit of what I consider uninvasive advertising.

When the CEO of the company screamed down the phone at me that we’d only provided them with 112% of the click throughts I’d promised them from the sponsorship I had nothing left to do other than confront him.

I went through the following steps –

It turns out he had a audacious target to meet that month for his company in revenue and he was praying we were going to be the magic bullet to make it happen.

Even though we’d already over performed (we track the number of people that use the links in our podcast ads and then how many of you guys sign up to the product or service being advertised) on what I outlined at the beginning of the sponsorship was likely, he still wasn’t happy.

I gave him a couple more weeks of free sponsorship so he could hit his goal and then we ended the relationship.

Since then he has recommended another two companies to us and we speak regularly.

If I hadn’t have stood my ground I would have been stuck with one sponsor rather than the two we got out of it all and my ear drums would have been needing medical attention.

This is common in the world of professional sales?

If you’ve been walked on by a customer let me know in the comments below.

Let’s stamp out this behaviour from buyers for good.