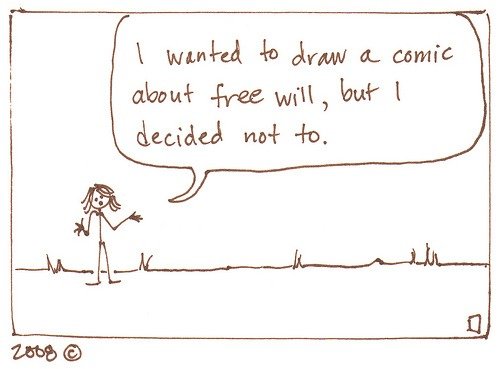 I’m known around the Upgraded Salesman office as a pretty persuasive guy. I know that 9/10 times if what I’m trying to get someone to do is the right thing, then they’ll do it.

Something I’d never done is ask the people around me why they responded to my requests, until now.

Their answer was simple, “you don’t force us to do anything Will”.

My initial thought was, of course I don’t that’d be a little weird sticking a gun to some ones head to make them do those few extra emails that need sending before the end of the day.

Or that of course prospects are not going to close if I tell them they’re going to be dragged out side and have the crap kicked out of them if they don’t sign the deal.

Digging into this further, it’s more subtle than that. People just like to know that they have a free choice.

A recent review of over 40 psychological studies, featuring over 22,000 people showed that you could double someone’s chances of saying yes by giving them the freedom to say no.

The wording of the sentence used does not make any difference either. Saying the phrase “But obviously do not feel obliged” worked as well as “but you are free to choose either way”.

I realise this is counterintuitive to some salesmen that have been trained in closing the deal.

“Would you like delivery on X or Y” is a standard closing technique for many but it might not be as effective as giving the prospect a little breathing room.

An important ‘but’ which I must emphasise here is that this only works face to face with a prospect. Over email for example if you make it so easy for the prospect to choose not to do business with you they will likely take that route as it means that they don’t need to make any further mental effort.

I personally like to position myself in that the deal on the table is such a win for the prospect that they’d be stupid to walk away from it. If they do it’s no real loss to me as it’s the prospects that are hard sold, that don’t fully understand and appreciate the value you’re offering them that become the pain in the balls customers that take up most of your time.