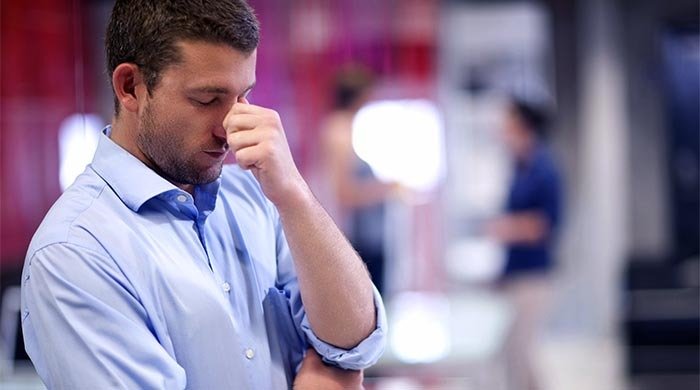 They all drive a red estate.

Usually a S-Line or M-Power version.

They’re probably going to collapse of heart failure at 55. Whilst polishing that damn car…

Do you want to end up like them? That was the position I was in a few years ago.

I was stressed, constantly chasing ‘that’ deal which would just about pull me over target that month.

I found a better way.

Healthy sales pipelines are something I discussed with Matt Heinz on the Salesman Podcast.

It’s something I which I would have realised earlier on in my selling career before I was on track for winning that shiny, red, BMW M3 and the stuttering heart that comes with it.

When you have a poor pipeline you HAVE to close the business that you’re pitching for. There are not enough prospects to pick and choose who YOU want to work with.

This leads to immediate stress because every closing opportunity becomes a life or death battle (or at least a nice meal or beans on toast) with the prospect.

Prospects can smell this desperation a mile away.

It hits their guts like a S-Line Audi having its breaks slammed before hitting a wall on the way back from a lonely night at the pub.

They know you’re under pressure and they will do everything in their power to get the cheapest price, to make you run around and then boil your blood over with constant pestering for assistance.

Conversely a strong pipeline means less scrutiny from sales management and others in your organisation if you fail to close a few opportunities.

I’ll be the first to admit that not every deal closes, failures in the sales process happen to the best of us so this leeway is a powerful stress reducer.

A few years ago I closed a surgeon for over £250k of surgical business which pushed me over target but left me wanting to give that hefty commission check back to our finance department as soon as the deal was done.

The truth is that without this particular deal I would have been way off my end of year target and so I needed it.

The surgeon knew this, he could sense it and he screwed me to the ground with a promise of support, personally, for the next 6 months.

Of course I camped out at his hospital like I said I would for the period and the nightmare continued with increasingly ridiculous demands on my personal time.

It was a Sunday morning, 7am to be precise theatre list that I’d been asked to attend which broke me.

I arrived, suited and booted, washed and ready, rocking and rolling. I asked the surgeon why exactly he’d like me to attend the list as he’d be shy in telling me on the phone the evening before.

Was it to help teach the basics of the surgical to a new member of staff? Was it that it was a particularly difficult case and he couldn’t afford for any mishaps with the equipment so wanted me there for moral and technical support?

No. He made a bet that I’d come in on a Sunday because he “was the most important surgeon on Will’s territory” with another surgeon in the department.

I nearly lost my shit.

I immediately left the building but continued to support the customer for the remainder of the 6 month period.

I had to right? I had no other choice.

I can only blame myself for this as I knew he was going to be a pain in my ass. I had no other options as my sales pipeline was so empty.

I had to close the deal and suck it up rather than face my sales management and their disconcerting faces in my annual review.

It could have been averted by doing more prospecting in the first place.

The time when I’m most stressed is when I don’t feel in control.

In sales this is the gap between an email or phone call and a response from a prospect.

When you don’t know if you’re going to get a response now or in a weeks time. I find it hard to ‘let go’ and move on with my other tasks.

Thankfully Clearslide (a partner of the Salesman Podcast) solved this waiting anxiety.

Their sales enablement platform allows me to monitor when a prospect opens an email but more importantly it shows me where exactly they got to in the presentation I sent over.

I know my emails are being forwarded, shared and the sales process is moving forward.

I know I can mentally put that particular deal to one side for a little while before scheduling follow up because the prospect is moving things forward at their end.

I also know when things are not moving and so I can jump back in to kick start the sales process.

I was never going to end up being bald (I’ve 90 year old Irish relatives with full heads of hair so I’m good on this front) but stressed, constantly on the run and pressured to close every deal?

Perhaps I’d have pulled my hair out if I was blindly sending emails, not knowing if they’d even been opened never mind if action was being taken.

That’s where I was heading before I forced myself to constantly and routinely monitor my prospecting efforts and to effectively see what prospects are actually engaged.

So where do you see yourself in 5 years time? Successful sales professional or ‘that’ red faced guy?