Podcast > Success Skills > The Science Behind Why You Procrastinate (And How To Overcome It Quick!)

The Science Behind Why You Procrastinate (And How To Overcome It Quick!)

Oh, so you finally got around to reading this post…

Are you a procrastinator?

That’s not good news because procrastinating on your sales activities can be really painful.

I know I’ve procrastinated on calling back an annoyed customer only to have them get even more frustrated, angry and then call my sales manager to complain.

All that hassle and stress because of a little procrastination.

I’m not in the minority with my procrastination either. Studies show that around 20% of all people procrastinate on important things every single day.

So how I did I break through my constant procrastination in my sales job?

So in this post I’m going to share the science behind why we procrastinate and how you can eliminate sales procrastination forever.

The crazy truth about procrastination is that your brain is wired to do it.

These two parts of the brain are the –

The limbic system is designed to keep you pain free right now, in the moment.

It doesn’t realise that if you avoid doing something today, you’ll still have to do it tomorrow. It also doesn’t understand the consequences of not doing important things right away.

On the other hand, your prefrontal cortex does understand the issues with procrastinating. It can see into the future and it understands that suffering a small amount of pain right now can avoid a lot of pain later on.

So when you have a job to do, these two parts of the brain battle it out and if the limbic system wins, you procrastinate.

So you can stop blaming yourself for procrastinating and start blaming your limbic system.

WHO WINS THE BATTLE?

Now you might be asking, why does the limbic system so often beat the prefrontal cortex and force me to procrastinate?

The reason many people procrastinate is because the limbic system is a much older and a much more dominant system in the brain.

The limbic brain is an automatic system. It’s the part of your brain that pulls your hand away when you accidently touch something hot. It evolved to perform basic survival instincts like dodging attacks from people wearing loin cloths, trying to kill you with clubs.

So the limbic system is always on, always ready to respond.

So how do we make sure that our prefrontal cortex gets used to eliminating procrastination? There are three steps –

This three-step system is also used when you procrastinate. It goes like this –

This is the automatic limbic system working its magic.

So instead of falling back on this automatic, default behaviour, you need to engage your prefrontal cortex and consciously choose to make a smarter decision.

Step one when you feel like you’re procrastinating is to, STOP and take a second to think about the consequences of not taking action.

Ask yourself (and so your prefrontal cortex) whether the pain of the task still being there in the future is greater than the small amount of pain is getting the task done now.

The next step in dealing with procrastination, after you have identified the pain of not doing the task is to work out what the smallest amount of progress you could make could be.

To eliminate procrastination and kick your limbic system to the curb, you do not have to finish the job, you just need to get started with it.

Personally if I find myself procrastinating, I will ponder about the pain is going to cause me in the future and then I will start a 15 minute timer and get cracking with it. It really is that simple.

The final step after you’ve engaged your prefrontal cortex by thinking about the consequences of not doing the task and started work on it by doing the smallest possible chunk of work towards it is to reward yourself.

Personally, celebrating my productivity has always been something that I’ve struggled with. We covered it numerous times on The Salesman Podcast, which you can find on iTunes or Google play.

But a quick reward for starting work rather than procrastinating doesn’t have to be complicated.

When I’m avoiding procrastinating, I’ll work for 25 minutes and then reward myself with 5 minutes to myself to watch YouTube or to have a break.

Rewarding yourself completes the “trigger, behaviour, reward” pathway in your brain. If you do this often enough, you will rewire your brain to take action as it’s default response rather than to procrastinate.

Is how I’ve gone from being a chronic procrastinator to someone who is a lot more productive today.

Hopefully you can implement this into your own life too.

Half Of Sales Leaders Avoided Shifting To Remote Sales?! – TWIS 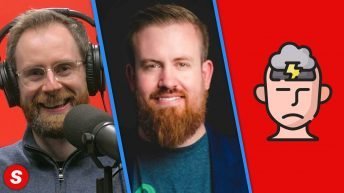 #678: How To Recognise B2B Sales Burnout With Tim Clarke