Charismatic behaviours can be broken down into three main elements: presence, power and warmth.

These elements depend on both our conscious behaviours and on factors that we are not consciously in control of. In this video we’ll go explore how these different signals can be influenced. In order to be more charismatic, we need to get ourselves into mental states that make up body language, words and behaviours that work together to express these core elements of charisma. Let’s start with presence.

This is something that I have to double down on when I record the Salesman Podcast. If for one minute, I start thinking about questions I would ask when an individual is speaking to me, or I start daydreaming, immediately they notice. If you’re not fully present in an interaction, there’s a good chance that your eyes glaze over and your facial reactions start becoming delayed.

Since the human mind can read facial expressions in as little as seventeen milliseconds, both consciously and unconsciously, the person you are speaking with will likely notice these changes.

You don’t build a bond without being present.

Now, you may think that you can fake presence, you may believe that as long as you seem attentive it’s okay to let your brain work on other things. But, your body language sends a very clear and different message to other people which they will read and react to. You must have experienced this at some point in your life, right? Say your girlfriend/boyfriend is going on about their day at work and you find yourself thinking about other stuff and not paying attention. Then of course they can tell you aren’t listening and they get annoyed. It happens in every relationship.

I know for me it makes me feel resentful, it makes me want to jump out of the conversation as quick as possible. Clearly this is the exact opposite effect we want to have on our customers.

Not only is a lack of presence visible, it is often thought of as being inauthentic. If you are perceived as being disingenuous in sales, it’s virtually impossible to generate trust or rapport. In the words of Darth Vader himself, James Earl Jones, “you don’t build a bond without being present.”

Presence simply means having moment to moment awareness of what is happening and paying attention rather than being caught up in your own thoughts.

The fantastic news is that being present is a learnable skill. It increases with practice and patience. Presence simply means having moment to moment awareness of what is happening and paying attention rather than being caught up in your own thoughts.

Why not try this with me right now? Right now, listen to your environment, scan around for sounds. What can you hear? Silence?

Next, focus your attention on the sensations in your feet. Do you have all your weight on your heels, pushing your feet to one side?

How did that go? Did you actually manage to do it or did you find your mind constantly wandering even though you know you were trying your best to listen or feel your body? Very likely, you discovered that staying present isn’t always easy and there are two main reasons for this.

One – Brains are wired to pay attention to novel stimuli. This could be sights, smells or sounds. We are wired to be distracted and have our attention grabbed by any new stimulus that is put in front of us because it could be important. It could be a catch jumping out of the forest to rip our heads off, or it could be the reflection of a shield on the horizon of a group of individuals coming to attack our village. The humans who noticed things survived. The ones that didn’t were probably killed, eaten and removed from the genome.

Two – Our society encourages distraction. with smart phones, videos like this with flashing images text on the screen in quick jump cuts, we have become accustomed to lots of stimuli being thrown at us all at once. This leads us to a state of continuous partial attention, in which we never give anything our full attention and it is always partially distracted.

One study found that out of two-thousand people nearly half of the average persons’ time was spent with their mind wandering.

The good news is even a minor increase your capacity to patients and presence has a major effect on those around you because so few of us are ever present, if you managed a few moments of it with another individual you have a dramatic effect on them.

Practice is very simple, make it a habit that when you are speaking with people and listening to them speak, nothing else matters. Those two, three, ten minutes block everything else out of your brain as you focus specifically in on them.

No need for any weird, creepy eyes stare downs. This is a mental exercise, where you put down your paper, you turn away from the computer screen, put your phone in your pocket and you really listen to what the person is saying.

This full presence will show in your eyes and in your face, you will be seen by the person you are engaging with. When you’re fully present your body language changes in a high charisma enhancing way. You don’t need to be speaking for two hours, even a five-minute conversation can create a wow effect and a strong emotional connection.

People who you’re with will feel like they have your full attention and that they are the most important thing in the world to you, just in that moment. This is the foundation having a charismatic presence in front of people. Now you know what presence is and how to project, let’s move on to power and warmth.

Being powerful means being perceived as to be out affecting the environment that surrounds us, whether through your influence on it or authority over it or having large amounts of money, physical strength or high social status. We look for clues in power in people’s presence, other people’s reaction to this individual and most of all in their body language.

Warmth on the other hand is simply a measure of how likely an individual is to help others. Warmth tells us whether or not people will use whatever power they have in our favour. Warmth is assessed almost entirely through body language and behaviour and is evaluated more directly than power.

How do we gauge and measure power and warmth? Well imagine you’re meeting someone for the first time and that you don’t have an opportunity to do a LinkedIn and Instagram check of them. In this circumstance you need to make a quick guess.

There are many ways to be perceived as powerful. From displaying kindness and influence like the Dalai Llama, to displaying huge wealth and intelligence such as Bill Gates.

There are many ways to be perceived as powerful. From displaying kindness and influence like the Dalai Llama, to displaying huge wealth and intelligence such as Bill Gates. But, in the earliest days of human history one form of power was more important than any other – brute force.

Now you nerds watching this, and I would have considered myself a huge nerd just five or six years ago, that your arms up in the air. How can intelligence be less valuable than just thick neck and big muscles? Well it’s hard to imagine Bill Gates for example doing very well in the jungle with his intelligence alone.

Hundreds of thousands of years ago, those who gained positions of power through raw strength and aggression, would have been unlikely to exhibit much warmth. So, when they did, when they were powerful and so could protect us and were warm and so on our side we valued these individuals highly because this person in our group could mean the difference between life and death in critical moments. This is why our reaction to power and warmth is so wide deeply.

Really, they need to be mixed together as well. Someone who is powerful for example extremely wealthy but not warm, can be impressive but can come across as arrogant or cold. On the other hand, someone who possesses warmth without power can be likeable, but can come across as overeager and desperate to please. The three behaviours together, presence, power and warmth are the most effective framework to maximise your charisma potential. 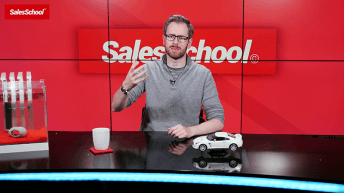 How To Use POWERFUL Body Language To INSTANTLY Double Your Charisma 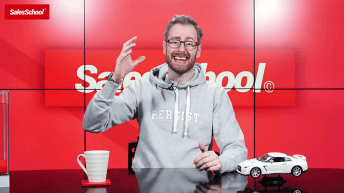 4 Reasons Why B2B Salespeople MUST Develop A Powerful Personal Brand