The show is kicked off with Tucker explaining that the loud, mouthy salesperson stereotype which has been prevalent from the 1980’s until today is finally dead.

He doesn’t want to hire these people and they don’t add value to his prospects.

Tucker then shares his thoughts on how the US population has become more culturally sophisticated and less tolerant to having sales pitches rammed down their throats.

The show is wrapped up with Tucker pointing out that for his business he is ONLY interested in speaking with and facilitating people already sold on the idea of working with their company.

He’s 100% uninterested in attempting to influence or inform through salespeople prospects who perhaps might not yet realise they’ve a need for his product.

Trusted by over 850 businesses, visit Salesman.Red/Showpad  to get started.

Tucker Max’s first book, I Hope They Serve Beer In Hell, is a #1 New York Times Best Seller, spent five years on the list, and has over 2 million copies in print. His second book, Assholes Finish First, and his third book,Hilarity Ensues, are also NY Times Best Sellers.

He co-wrote and produced the movie based on his life/book, also titled “I Hope They Serve Beer In Hell.” He has also been credited with being the originator and leader of a new literary genre, “fratire,” is only the third writer (after Malcolm Gladwell and Michael Lewis) to ever have three books on the NY Times Nonfiction Best Seller List at one time, and was nominated to the Time Magazine 100 Most Influential List in 2009. He currently lives in Austin, Texas.

Tucker is now the CEO and founder of BookInABox.com

ENJOY THIS EPISODE? Why not leave us a iTunes review to say thank you. It takes 20 seconds but makes a huge difference to the number of sales pro’s we reach each month.

Click here for a step by step guide to leaving a review. 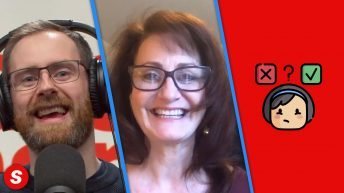 #717: How To Break Through Impostor Syndrome In Your Sales Job With Michele Molitor | Salesman Podcast 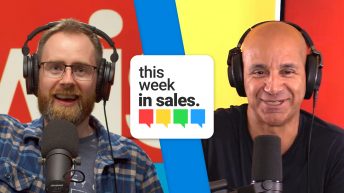 Gong.io and Outreach.io Raise All The Money! | This Week In Sales