The Best Opening For A Cold Call

The average length of a successful cold call that ends in a meeting is just 5:14. That’s it!

For unsuccessful ones, it’s around 3:14. But as brief as these encounters usually are, it’s actually the first three seconds that make or break a call.

Now for most cold callers, even experienced ones like you, the problem isn’t talking about your value proposition. Or convincing prospects to book an official call with you.

Instead, it’s that initial line. That first three seconds. Because a whopping 98% of cold calls end in hangups right off the bat. And if you can get your prospects to listen to you after that, then you’re home free.

But you’ve got to choose your words carefully. You’ve got to pique interest, interrupt their thought pattern, and set expectations. And that’s exactly what this opener is so great at doing.

The word-for-word opener you can start using right away.

So this one actually comes from my friend, Josh Baun. Josh is an expert when it comes to sales and trains teams on how to beef up their numbers and close more deals.

I actually interviewed him on The Salesman Podcast where he talked about this very opener, which he both uses and teaches to his clients.

So first up, let’s just take a look at the opener, and then we’ll break it down…

Expert Note:
“Hey, Will. My name is Josh. We’ve never spoken before. You have no idea who I am; complete stranger here, but I was hoping you could help me out for a moment. Do you have two minutes?” 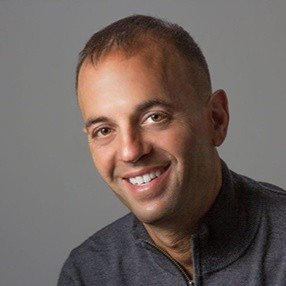 First, a pattern interrupt. Most sales reps try to come off too familiar so they can start building rapport. But what this opener openly calls out is the fact that the prospect doesn’t know who you are. In fact, you’re a complete stranger!

And that simple tweak lets you stand out from the other cold callers and keep prospects from hanging up. Next…

Time commitment. You’re setting boundaries here. This isn’t going to be an hour-long conversation. It isn’t even going to be 10 minutes. So when they say yes, they know they aren’t getting roped into a major time waster. Who doesn’t have two minutes? Next up…

A favor. You’re asking for help because people are wired to help others. We WANT to help other people. And in fact, when someone does a favor for you, they’re actually more likely to help you in the future! It’s called the Benjamin Franklin Effect, and it’s an amazing sales tool to add to your toolbelt.

Tone. We’re using a tonality that’s not, “Hey, Will, this is JOSHHHHH! Can YOUUUU help me out for a moment?” You’re calm. Because when you’re calm, you’re less aggressive. You aren’t a threat to run away from. And that makes you more inviting.

Again, this simple opener will keep people on the line with you 70 to 80% of the time. But you’re job’s not done yet. Then you have to move on to…

Step one kept them on the line. Now we have to move on to steps two and three. These are simple.

See If They’re The Right Person

To see if the prospect is even the right person that you need to be speaking with.

Expert Note:
“Will, are you still the person that’s involved with getting sponsors for your podcasts? Or is that someone else since you’ve gotten so big?”

As you can see, this implies that you’ve done a little research—a must for rapport building.

Now, one of two things is going to happen there. You’re either going to get a positive or negative response here. “Yes, I’m in charge of that,” or “No, I’m retired.” And don’t you want to know that at the beginning of the call rather than going all the way through your pitch?

So once you’ve made sure you’re talking to the right person, it’s time for step number 3…

The exact wording of this last step will of course depend on your industry. But if you were talking about the podcast sponsorship industry like Josh and I were, the poke and peel might look something like this…

Expert Note:
“So Will, how are you currently going about getting sponsors today? Are you like reaching out via cold email? Are people mostly coming to you, or is it a combination of both?”

Here you’re well into the conversation and things are moving smoothly. Very very few people will full-on reject you at this point in the process since the tone is so calm and conversational. And it’s at this point you can start to gather information, continue to build rapport, and nudge your prospect closer to booking a proper sales call.

The right psychology. And there are two things in particular I mean by that.

You need to let go of assumptions. This is a tough pill to swallow for some reps, but the truth is your product isn’t going to be right for a lot of prospects you talk to. But if you assume everyone is a perfect customer, you’re not only going to push buyers away. You’re also going to waste a lot of time with ones that just aren’t a fit.

Josh put it nicely in our interview:

Expert Note:
“When you assume that everyone’s a fit for what you have, what ends up happening is people go into the zone of resistance because you’re going to try to be talking people into things, and pitching everyone, and thinking that you’re a fit for everyone. So instead, shift away from that and discover if the person has a problem that you could potentially help with, rather than assuming.”

Get natural. The calmer you are, the calmer the prospect will be. So don’t go full over excited as that screams that you’re a salesperson just trying to get something from the prospect.

And not just once, two times, or even three times. Nope, you’ve got to practice a lot.

You can start by standing in front of the mirror and repeating the lines until it comes out nice and relaxed. As if you’re chatting with a colleague about how their weekend went. But eventually you’ll want to practice on a real person.

Now you can do that by enlisting the help of some friends or coworkers. OR you can just jump in headfirst and go for real-life prospects. What you choose is up to you.

But remember, the more natural and calm you sound, the better you’re going to fare on your cold calls.

So, cold calling can be tough. But if you nail the first 3 seconds, you’re well on your way to closing.