Salesman.org > Tips/Advice > The 3 basic human goals (what you need to understand to influence a prospect) 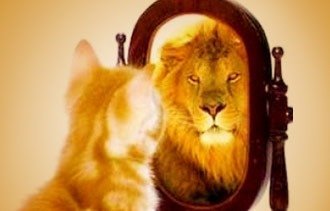 It may appear that there are countless ways to influence your prospects into making a buying decision. Body language, closing techniques, handshakes and more play into all of this too.

But what if there were a secret few things that all these ideas are layer on top of?

What if there were a few core goals that all humans have that if you can pull on, would lead to massive levels of persuasion?

Frighteningly these secret switches of human persuasion exist in all of us and they are highly unconscious in most individuals.

Humans are social animals. Most of the time they will make a great amount of effort to both be liked and to avoid rejection.

We don’t just want approval and respect from individuals, we want it from society as a whole. Conformity is within our very nature.

This is why things like giving value before asking for value back, including social proof in your prospecting and creating a community around your product or brand works so well.

People don’t want to look like idiots. Looking foolish hurts their affiliation with others and so puts people on a hunt to always have the ‘right answer’.

If you’re seen as an expert in your field of sales your chances of closing the deal go up dramatically because people want to go with the best solution for their problem. Nobody wants second best as this might make them look stupid in the future.

A lot of people go through life not knowing who they really are. I’m 28 and it’s only been the past few years after a lot of work reading books and looking inward that I can start to say I know myself.

Hippy BS aside, because understanding your self-image takes a long time, people work very hard to protect it. This is why it’s very difficult to change someone’s mind once it has been made up even if they are clearly wrong about something.

Influencers can leverage this goal by simply making a smaller request before asking for a bigger one. Once someone has agreed to work with you on a smaller scale they are way more likely to do a bigger deal because they believe their initial response was the correct one and that you’re the right person to be dealing with.

Most people will go to surprising lengths to maintain their own positive self-image. The only place in my own experience where this fails is when selling directly with the entrepreneurs that founded large companies.

These guys know that their self-image has been created from not just their experiences but what they’ve wanted it to become and so are less swayable.

Everyone wants to be in with the cool crowd, be accurate and have a positive self-image but not everyone knows that pretty much everything they do is to move them closer towards these goals.

Chasing that girl, buying that car or even closing that special deal are all just actions that our unconscious is forcing us to do to get move closer towards acceptance.

If you can pull on any of these factors with your prospect with your pitch, product or service then you are leveraging an incredible amount of influence over your prospect.