The internet is an opportunity and an issue.

A few clicks and you have infinite data. More is being added to the infinite every second.

But you can’t consume, research or act on infinite.

If there were infinite rules to a sport, we wouldn’t watch it.

If there were infinite Disney characters, they’d have no brand value.

Humans are not wired for infinite.

“Artificial intelligence will scour the infinite and give me exactly what I need though, right?” 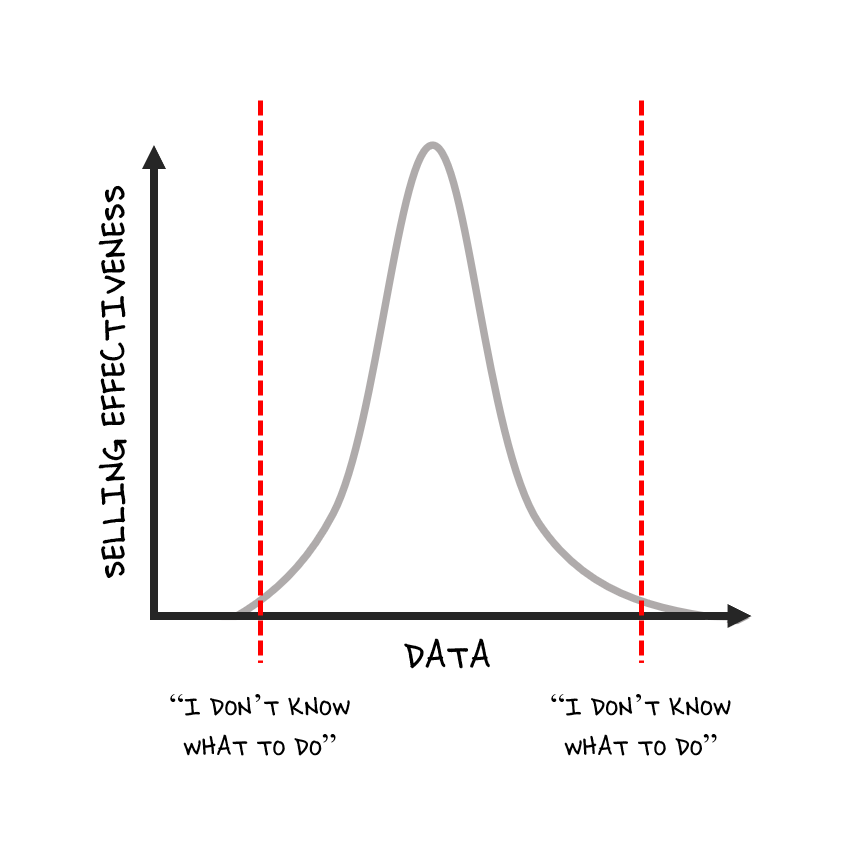 You know who has the exact information you need? Your buyer.

It’s much cheaper and efficient to call your buyer and ask them a question than it is to stick another software tool in your “sales stack”.

Humans are better at uncovering the important bits.

Computers will tell you the numbers, metrics and charts.

Humans are better at finding why people do things.

Computers are better at algorithmic math.

Humans are better at motivating other humans.

Computers will mine your online activities and spit out a persona that marketing loves.

Humans will influence another human and close the damn sale.