How To Secure An Appointment With Anybody (Step By Step) 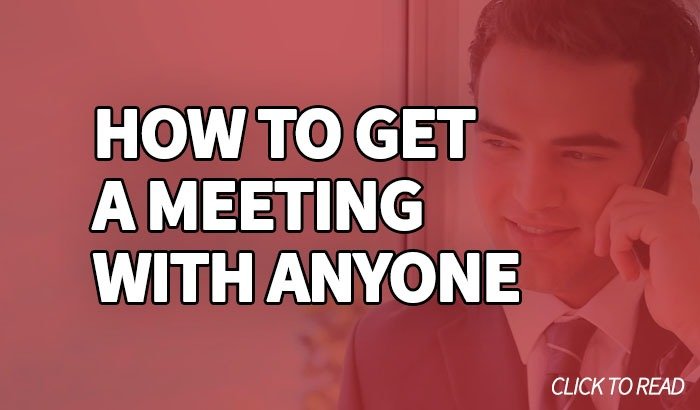 In my medical device sales team I was always the second quietest.

The person who was the most quiet  rotated regularly as they were routinely sacked and replaced.

I always assumed I was next.

How was I supposed to secure meetings with influential people in my industry if I wasn’t loud and obnoxious? Stereotypes exist for a reason right? Because there’s a truth to them.

It wasn’t until I interviewed Buki Mosaku on the Salesman Podcast that I realised that securing meetings with hard to reach prospects didn’t come down to who had the longest verbal penis.

He shared shared a process that I’d already discovered and had success with. But I was too quiet to shout and share my results.

Mr Huboard was a big deal.

Don’t let the “Mr” fool you. Surgeons become “Dr’s” when they graduate medical school and then go back to “Mr” when they become a surgical consultant.

It harks back to the days that surgeons were just butchers and the medical doctors didn’t want anything to do with them.

Huboard was a vocal and uber user of our competitions product but I’d been told by one of his theatre nurses that he wasn’t happy.

They’d let him down a number of times with loan equipment whilst his surgical endoscopes were being repaired.

This was in his private clinic. If he didn’t have these endoscopes to look into middle aged men’s knees after they’d been blaming their poor golf swing on them feeling “off” he had to limit the number of procedures he could fit into a morning.

Lack of procedures, means lack of cash to fund his pride and joy, a small size yacht moored up in Greece.

The only thing scarier than a pissed off surgeon, is a pissed off orthopaedic surgeon waving around hacks saws, blades and lasers.

So of course, I jumped at the chance to get in there, loan him a tonne of awesome equipment, cheer him up and convert him over to the dark side of my company.

But I just couldn’t get a meeting with him.

I don’t know about the US but in the UK with our National Health System, you can essentially walk in any door, straight into the theatre complex, get changed, stand in the corner of the theatre and and voyeur at the insides of a person.

You should get stopped at multiple points before you see someone’s guts twitching on a tray, further away from their host than they should be but no-one really checks who you are.

As long as you walk confidently, have some kind of badge attached to your suit jacket, you’re in.

Not with Mr Huboard though.

There was a short, angry, middle aged woman dressed in scrubs at every entry point. If they can cope with babysitting their 15 grandkid’s at the weekend, they’re more than capable of telling me to “come back when you’ve an appointment booked”.

This was an important account to break into so I passed it up the food chain and asked my sales manager to see if he could get in to see him.

It was then, when I took a step back from what I’d learned from the quota smashers on my team, this arrogant, in your face, direct approach to getting sales meetings that I stumbled on a formula that has worked without fault, 100% of the time ever since.

Buki summed it up in the podcast episode I recorded with him in a far more elegant way than the formula I put in place.

To lead someone you need to do 4 things –

It also takes the career manager and puts them in the position of a leader. Don’t agree with this one? Leave a comment below.

I posted a hand written note in Mr Huboards pigeon hole in the hospital.

Again, I shouldn’t have been allowed in the admin side of the building but walking in a room like you know what you’re doing works wonders.

I commented that his friend (a surgeon who uses our equipment) recommended that I could learn a lot from the way he operates and it’d help with my own surgical knowledge.

I wrapped up the note saying I’d be in touch with his nursing staff to see if there would be an opportunity for me to pop in to introduce myself.

I didn’t ask him for anything, I stroked his ego, I put my message in a place where he HAS to read everything that comes through and so I knew I had his attention.

Through randomly chatting with his theatre team from previous attempts to get in front of him I knew that he loved that bloody yacht. It was his pride and joy.

Forget fixing knees and seeing his patients able to run and ski again. A truly life-changing experience for them. All he cared about was sailing and sun.

On a deeper level I knew that as he travels to Greece to sail with his family, it probably wasn’t so much the boat that made him happy it was – freedom, family time, not being told what to do.

This knowledge allows you to go very deep very fast in your conversations. These are the conversations you walk away from saying “wow, we really clicked!”.

Give value up front

This is the master stroke.

This one simple thing won me thousands in commissions over the next few years from Huboard.

I bought a boat magazine. I kept it in my bag until I saw Mr Huboard when I was actually waiting in the theatre break room for a meeting with another surgeon and I handed it to him.

“Hey Mr Huboard, I saw this the other day, thought of you and so I grabbed a copy”.

That’s all it took for him to know, like and trust me.

We didn’t speak much in that initial interaction but he sat there and read that magazine cover to cover as I chatted to his colleague.

As I wrapped up my meeting, shook hands and attempted to stand up, he stopped me in my tracks.

He’s a big dude, both taller than me (and I’m 6ft 3in) and very heavy. If he hadn’t have had a huge grin on his face I would have been worried.

“I’ve got a boat over in Greece ya-know” he proclaimed loud and smugly enough that all the other surgeons in the room could hear.

I explained that his nursing staff had told me all about it which got them in his good books too. Then I asked to know more. We talked for an hour about that damn boat.

Then he asked me to come join him in his next theatre list to continue the conversation.

Likely he felt the social pressure to reciprocate the gesture of me going out of my way to buy him the magazine and I’d elevated myself from sales person to leader in his eyes which made him open to engaging.

In the next meeting he complained about the lack of service from his current supplier, I loaned him some equipment so he could do more procedures, the cost of the equipment was less than what he was making from doing the operations…

It was a no brainer for him to place an order with me.

Getting the meeting is often the hardest part of the sales process. If someone knows, likes and trusts you, then opens their doors invite you in for a chat, you’re half way there.

To achieve this, I had to become a leader rather than someone sucking value from the prospect by demanding their time with the 4 step formula –

Give, and you will receive – Jesus