Tips/Advice > Hacking Motivation: What To Do When You Can’t Be Bothered Doing Anything

Hacking Motivation: What To Do When You Can’t Be Bothered Doing Anything 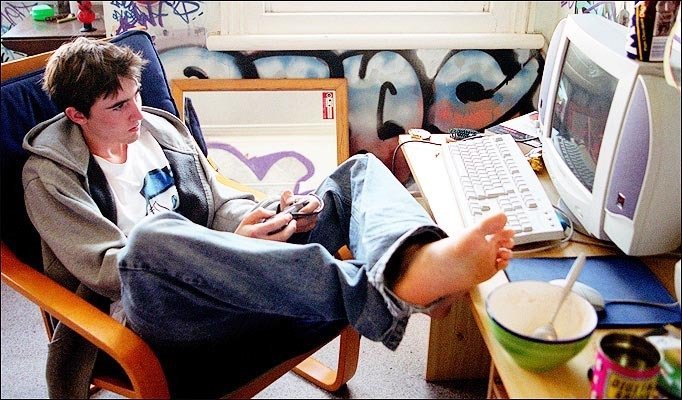 Today I got up and I did not want to sell. I simply could not be bothered.

“You closed a great deal for a partnership on the Salesman Podcast yesterday. You deserve today off.”

“You’re not feeling it today. You wouldn’t come across well on the phone. Better wait until tomorrow when you’re more fired up.”

Have you ever had similar thoughts?

I have these thoughts most mornings until I hack my motivation.

It’s been the same hack I’ve used since University when I hated attending lectures and it’s as simple as doing one little thing to get moving.

“Success is the sum of small efforts repeated day in and day out.”

This made me realise that I don’t have to be in the mood to sell (prospect, go to the gym or do anything else I don’t particularly want to do in that moment) but I need to do something.

I find it really painful to sit in front of my computer and open Gmail. I promise myself that I’ll email 5 prospects and then if I still can’t be bothered I’ll stop.

After the initial hump where the excuses still keep coming –

“Grab a cup of tea, then tidy your office then sit down. You will save time in the long run.”

Then I usually need a wee.

I’ll sit back down, note how much of a mess my desk is and how I no longer care. I’ll crush another 5 emails and then I’m always a little confused as to why I didn’t want to sit down, man-up and get on with it in the first place.

45 minutes after wrestling with myself to get my bum in the seat and I’m done!

The slimy headed, grumbly voiced demon of procrastination, which had been taunting me over my shoulder, has been slayed for another day.

“Just get on with it” is easier said than done. It comes naturally to some people like my girlfriend who will sit and revise for her medical exams for hours on end.

But not for me.

90% of my mornings I wake up and can’t be bothered.

The only way I ever do anything is if there is a structure and it’s easier to just follow it then to think up an alternative.

This is what I do every single morning. 7 days a week. Without question.

How I Force Myself to Get Started

I lost thousands on a commission payment once. I was dealing with a theatre manager in an NHS hospital and she didn’t have the authority to sign off on the order because of it’s size. We needed senior management involved.

She called me up first thing Monday morning asking me to call over at 10am for “a chat”.

I half promised I’d call in, put the phone down and continued watching videos on Youtube.

I did this for another couple of hours until there was no longer enough time for me to drive to the hospital and make the meeting.

Unknowing to me the theatre manager desperately wanted the surgical equipment I sold because her friend was having surgery that week.

She felt real pressure to close the deal promptly and so had invited along her boss to sign off on the products there and then.

I didn’t turn up.

I called a few hours later, made some excuse about being in traffic and said I’d call in later on in the week.

The stupid thing is that I was going to have to visit her either way. By not going the first time around I just added hours of stress, pushed getting the commission out of the deal back by 2 weeks and didn’t serve my customer as well as I should have.

All because of that 5 minute hump of effort that I’d have had to get over to get my ass into my car and on my way.

There is a whole tonne of research which suggests why the Pomodoro technique works which you can read here but the gist is – You work for X minutes and then have Y minutes break, then continue this cycle over and over.

This is what I’m doing in the morning by working for 5 minutes, having a break, then working for a longer chunk of time.

Each month I print an A4 calendar for each task I HAVE to do each day. These tasks include –

I chose these tasks specifically because as long as they get done I will always have both money and my health.

Tasks such as filling the pipeline by prospecting will force follow up, sales calls and closed deals because I once I’ve reached out to someone I feel it’s rude to then just ignore them.

If closing deals was on my calendar it would make it very easy to let excuses like “I don’t have any prospects to call”, “they’re not ready to close”, “they’re not qualified” to stop me taking action.

Each day I complete the task I proudly stand up, take big, fat, black marker pen and scrawl a huge cross over that day on the calendar.

It’s silly but each time I do this I step back and smile. Procrastination has been beaten again I often tell myself.

Once this builds up to more than a few days the thought of breaking the chain and leaving a blank box hurts.

It becomes more painful than sitting down and doing the work so I always get it done.

NOTE: Don’t do this 5 days per week. You’re a pro, a hustler. Make sure you’re doing these tasks 7 days a week to get the true benefits.

3) Have a Clear Goal

Working in sales is tough.

60% of the time I wish I was doing some cozy office job.

I’d probably make a half decent web designer or advertisement specialist if I went for that.

What keeps me going is my goal of becoming financially free at 33. You can read more about this here –

What Motivates You To Sell? (For Me It’s Being Financially Free At 33)

These 3 hacks alone have added thousands to my net worth and smashed sales targets at many companies because they force me to get over the hump.

What do you use to get over it? Let me know in the comments.