> Soft skills > Sales mindset > Guess What? Future You Is Pissed…

Guess What? Future You Is Pissed…

Most salespeople barely hit quota. And I admit, that used to be me too. It wasn’t until I started doing one very unexpected thing that my income started to explode…

I got unreasonable. And today’s video is all about why you too need to start acting a little less reasonably.

Now, I’m 35. I’ve lived a solid ⅓ of my life already. And if there’s one thing I’ve learned over my career in sales, it’s that you don’t have time to waste if you want to reach any reasonable level of success.

Like, none. No kidding. Success at anything, anything, takes a decade at a minimum. Tough to hear, right?

And the longer you commit to doing the same thing everyone else is doing, following the same rules, living up to the same expectations, and being the same unremarkable, everyday sales rep, the less time you have to become truly successful.

And once you do follow them, you can thank me a decade from now when you’ve become the person you always dreamed of being.

Get busy. This one’s a tough one to swallow. But as hard as it is to hear it, you’re going to have to work harder. Yeah yeah, there’s the typical 9 to 5. And a lot of people—the majority of people—clock out and forget about their job.

But if you want any chance of wild success, you’ve got to put in the hours. Now don’t worry—eventually you’ll be able to cut back. After you’ve built a solid foundation for yourself.

But in the beginning, you need time to test what works. To see what doesn’t. And to find your process and path to success.

So buckle up. No one ever said success was easy.

Threw you for a loop there, didn’t I? “Will, isn’t that the exact opposite of what you just said?”

Well hold on a sec. After you put in the work, it’s time to get strategically lazy. As soon as you start seeing results, the next step is to double down on the pieces that give you the best results. Find the 20% of effort that is getting you 80% of the results and double down.

Are 95% of leads coming from emails 5 and 6 of your 3-month outreach? Chop off the rest and build out from those.

Are 4 out of 5 of your clients just one business sector? Start putting all your efforts there instead.

And once you’ve started seeing your results level off, it’s time to restart the process. Find the 20% within that, and then the 20% in that, again and again.

The more you refine, the more you can start making tiny changes and seeing huge results.

Now, you’ve heard the saying “You are the average of the 5 people that you spend the most time with”? Well, there’s science to back this up too.

Did you know most people earn between +/- 20% of what their parents earn? Or that with the right people in your circle, you’re scientifically proven to have more self-control, make wiser investments, and even feel less stress?

Your social and professional circle matters. It matters a hell of a lot.

And if you want to be successful, you need to ditch people who aren’t progressing at the same speed you are.

Yep, they’ll probably be pissed. Yep, they’ll say you’re being unreasonable. And they’re right—you are. But that’s a good thing.

Get zen. No matter what your spiritual leanings are, there’s something incredibly valuable behind the Buddhist way of living. And that’s minimalism.

The better you are at incorporating minimalism, the more successful you’re going to be.

Instead think about this definition of minimalism –

Expert Note:
“Remove anything that doesn’t help you become the person that you want to be” 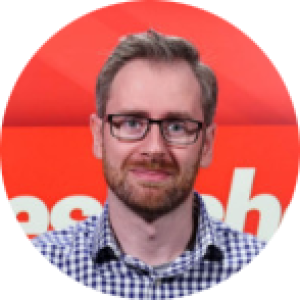 Will Barron
Founder of Salesman.org

I did this recently. I stopped recording This Week In Sales, the weekly podcast that I did with sales legend Victor Antonio.

It was a great idea at first. But eventually, I realized it wasn’t helping me live the life I wanted to live. So even though I enjoyed doing it, Victor and I decided it was time to call it a day.

It was one of the best decisions I’ve made in a long time. Doing so has freed up a massive amount of time and headspace for me to take on exciting new projects. And I regret nothing.

Not physically strong. Though there are definitely benefits to that too.

Most people are weak. They’re pushed around by their boss, their family, and their partner. They’re scared of saying no.

Now, there’s nothing wrong with wanting to keep the people important to you happy. But when that happiness comes at the expense of your own, you’re laying the groundwork for an unhealthy relationship. And the only light at the end of that tunnel is when that shoddy relationship ends.

Instead, learn to set clear boundaries with people. And if they’re crossed, be assertive with your explanations of what you will and won’t accept.

Yes, you can keep bending over backward to be a people pleaser. But if you do, you’ll never live up to your true potential. And you’ll never achieve the success you’ve always wanted.