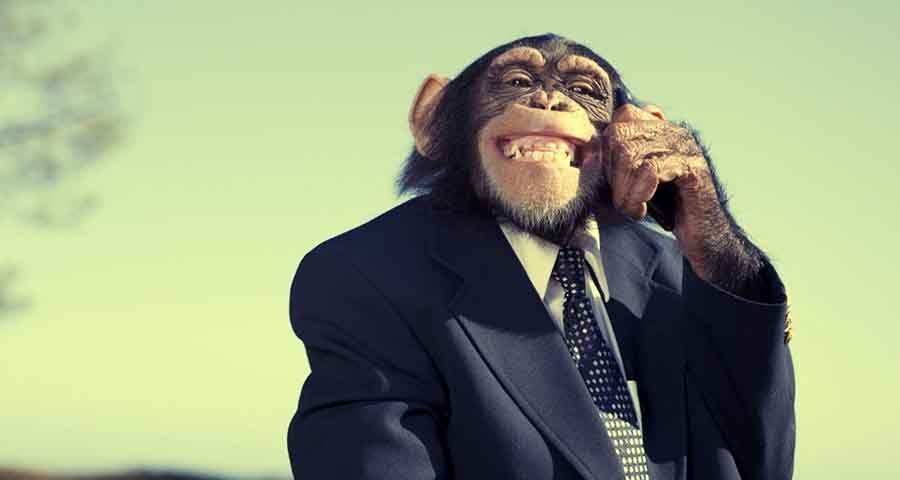 I’ve always found it weird that in some parts of business the corporate monkey uniform (a formal suit) isn’t required and in others it is.

You could go as far to say that in some cases the intelligence of the salesperson or entrepreneur is inversely proportional to the formality of their dress code (case in point, Zuckerberg below).

Is there any evidence formal attire can actually help or hinder to close deals though?

In a lot of business to business exchanges a suit is required to get through the door. In addition to this a recent study at California State University [1], Northridge suggested that formal dress can change the way we think.

They found that when suited and booted most people:

This might benefit salespeople in certain situations but certainly not all of them.

In fact I’d argue that it makes for the stereotypical, not always honest, corporate salesman who is quickly becoming outdated in the world of sales.

“Putting on formal clothes makes us feel powerful, and that changes the basic way we see the world,” says Abraham Rutchick, an author of the study and a professor of psychology at California State University, Northridge.

Perhaps showing up to a sales call in shoes, smart jeans and a shirt would give the prospect the impression that you’re on their level and that you’re here to work with them rather than battle against them on price.

We will ever see the end of the suit?

Rutchick explains, “It takes a long time for symbols and our agreed interpretations of those symbols to change, and I wouldn’t expect the suit as a symbol of power to be leaving us anytime soon.”

So not matter what the research, it’s likely suited salespeople are here to stay.