“Do Something You Love” (And What That Means For Salespeople) 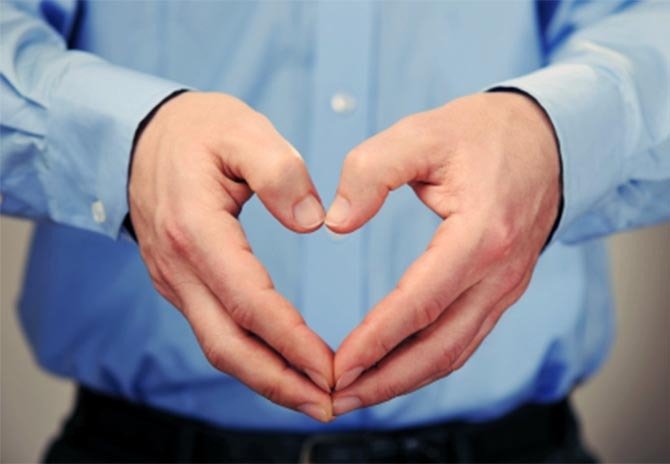 First off, I need to declare an interest: as any past or current colleagues reading this will know, I am a rabid socialist and against pretty much all aspects of capitalism & creative destruction.

There, I’ve said it.

Some people find it hard to believe that someone with beliefs such as mine is able to enjoy selling, but I do, I really do. And I seem to be good at it. It is why I’ve been selling for over twenty years.

Ok, the majority of that B2B in consumer-facing media sales, not what a lot of sales people would call proper sales, but to be good at it I think you have to be able to sell, and enjoy selling.

Why am I writing this? Well, there’s been a lot of talk over the past few months about automation, artificial intelligence, and what this means for everyone involved (which is all of us I suppose)…

I’m assuming you have a rough idea of what automation is (robots etc.) and what artificial intelligence is (what the ‘robots etc.’ have in their ‘brains’ that tells them what to do) so I won’t bang on about that (as I mentioned, I’m not qualified to do so anyway).

Advocates of automation say things will be great because everything will be so much cheaper when the computers and machines are taking care of it.

What you may not have thought about is how automation and AI may mean for you as a sales person.

I hadn’t really thought about it either until last week.

I was having a chat with a friend and he asked what I would say if my three year old daughter asked me what she should do when she grows up. Straight away I said “anything that she loves doing”.

We spend so much time working that it really should be spent doing something we love (I love changing people’s minds and making a difference, that’s why I sell).  I also believe that someone doing what they love is more likely to be better at it compared to someone who is just doing it to pay the bills.

Then I read about Rohit Talwar’s speech this week (here) and realised we are going to be in a very different place by the time my daughter enters the big wide world of selling the most valuable asset she has: her labour. And by the way that’s what we are all doing at work; we are selling our labour to someone who wants to pay for it.

The World Is Going To Be Different

Why will it be so different to how it is today?

Because that asset, her labour, is not going to be as in demand due to a lot of jobs being lost to automation. And the jobs lost to automation up to 2015 are just the tip of the iceberg compared to what it will be like in ten years time.

You don’t believe me?

Have a look around the next time you are in the queue for the supermarket check-outs. At my local store there used to be twenty-five or so manned tills, now there are four. On a busy shift there would have been twenty-five people processing our weekly shop, now there are usually one or two check outs open, and the rest self-serviced with a supervisor or two looking after the twenty-plus automated tills.

Think about how many jobs over the years have been lost to robotic assembly lines. Thanks robots.

Think about how many people used to work in your local High Street bank.

In fact think about how many more branches there used to be on your local High Street. Thanks computers & telephone.

Think about how many jobs were not created when the Docklands Light Railway in London launched in the 1980’s as a driverless & automated network. Thanks driverless trains.

Think about how many travel agents jobs have been lost by the growth of online-only agents. Thanks internet.

And then think about the future…

How many delivery jobs will be lost to self-flying aerial vehicles delivering our online shopping?

How many jobs will there be for professional drivers when haulage companies buy in to driverless lorries, or when someone buys a load of driverless cars to start an automated taxi firm?

How many jobs will there be for bar and waiting staff when robots are able to do a better job, quicker?

Will Your Job Be Automated?

In fact there is a cute little game you can play to see how vulnerable or protected you are against the rise of the machines on the BBC website. And I’m not even going to go in to how the march of militaristic AI & automation could really put us all in a whole bunch of trouble further down the line.

Now this may make you laugh, but I’m not against progress, it’s just not a very rosy picture if you’re embarking on a career in supermarket check-outs, driving, flying, delivering, typing, or anything else that could be conceivably done by a machine (which is a lot).

But I can hear some of you saying “why is it a bad thing if we can lower costs by getting machines to do the work?”

There are two schools of thought:

As I said at the top, it is great for consumers: we get better stuff at cheaper prices.

However, thanks to supply and demand workers get lower wages for less jobs.

But is this true for us salespeople?

The things that enable automation are great at what they do. For example, computers are great at, well, computing things.

Machines and robots are great at doing a repetitive exercise over and over again.

AI is great at dealing with very low-level intelligence-demanding tasks (but will get better over time to rival our own intelligence).

When she asks me for it, my advice to my three-year-old daughter will be to find not only something that she loves, but that also needs her to be or do one or more of the above.

What Can You Do That Machines Cannot?

My advice for salespeople reading this is to start thinking about how you can develop your skills to do what the machines cannot. We are actually quite lucky in that a lot of what we do (or what we should be doing) as salespeople should include a lot of those traits above.

If you are selling now but are not able to do the above, then learn how to. If you are not sure if I am right or not, what is the worst that could happen if you develop yourself to have more of these skills? You probably end up being a better sales person anyway. Being able to think as creatively as you can, for example, is one of the most important tools a sales person can have.

So the prospects for my daughter are good, if she can find something she loves doing which doesn’t step on the machines’ toes. And if we sales people think and work on it, and fill our mental sales toolbox with the skills that are impossible for artificial intelligence to replicate, the outlook is good for us, too.