Podcast > Do Salespeople Need To Become Marketers To Crush It? With Steve Richard

Do Salespeople Need To Become Marketers To Crush It? With Steve Richard

Steve Richard (the king of sales data) joins me on the Salesman Podcast to discuss sales funnels and the future of sales. Why funnels are the most important thing for salespeople to think about if they want to crush their targets and if salespeople need to become marketers.

What is the most important part of prospecting?

I start the show by asking Steve what he thinks is the most important part of the sales funnel – Getting people in the top or closing them at the other end?

“The salespeople that have more going in the top of the funnel, have the same conversions throughout the funnel.”

We then discuss the data behind why salespeople often focus on closing deals rather than putting more in the funnel when it’s clear that is the most effective use of their time.

Is smarketing the future?

Steve lays down a new term on me – Smarketing. I ask if sales people are going to have to manage content to prospect and become marketers to crush it in the future.

Steve explains what sales enablement is and how it’s going to change the way you sell in the next few years as software becomes more important in the sales process.

“Sales is no longer this black box guess work that it used to be.”

We wrap up the show by discussing with the onset of all this analytical technology, is sales just a numbers game or do real people really make a difference.

Steve Richard is Co-Founder of Vorsight, currently #2477 on Inc. Magazine’s list of the 5000 fastest growing companies in the US.

Steve has been featured in The Harvard Business Review, The Washington Business Journal, The Washington Post, CNN/Money, and is a CNBC guest contributor. In 2010, the American Association of Inside Sales Professionals (AA-ISP) named Steve as one of theTop 25 Most Influential People in Inside Sales.

Agile Selling: Get Up to Speed Quickly in Today’s Ever-Changing Sales World 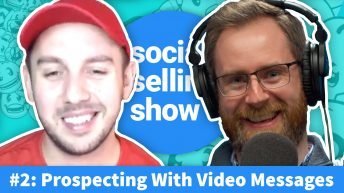 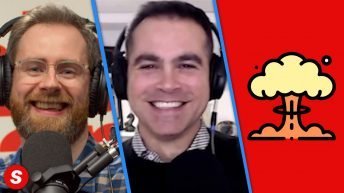 #691: How To RETHINK The Way You Sell (When Everything Goes Sideways) With Jeff Bajorek | Salesman Podcast 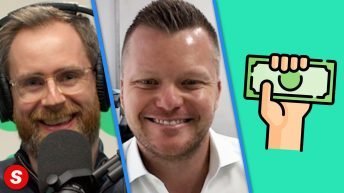