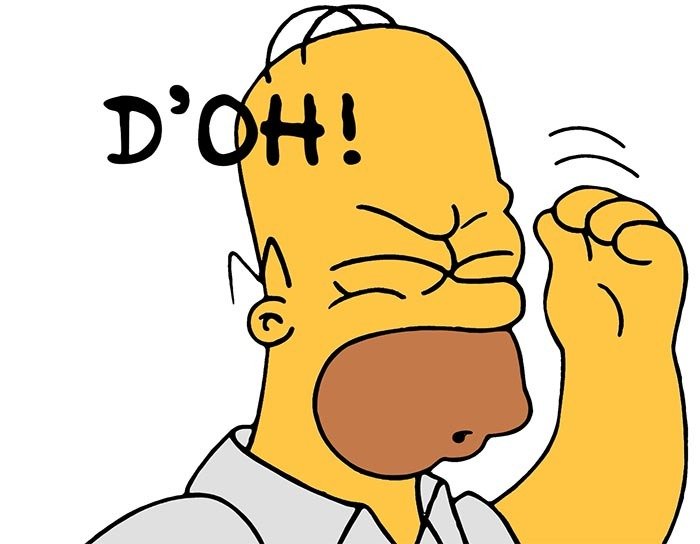 I love you guys and so I don’t want you to do these things.

A) CHASING THAT ONE BIG DEAL

I had the opportunity to clear the whole of my £2+ million sales target in one deal this one time.

As the alternative was 20-40 smaller deals I treated the one big opportunity like my baby.

I visited that damn hospital every single day for 6 months.

I kissed more ass and talked up my product to more people than if I went for 100x smaller leads.

I had to care for a lot of scared middle managers who were putting their neck on the line with the C-suit to make the deal happen.

And it came in.

Then it became clear that the competition had come in and taken a crap tonne of business in the £30-60k range on my territory (which I had assumed would have magically come to me).

I’d dropped the ball and as there wasn’t another ‘big one’ the following year I had to run back grovelling to all the people who had felt left out.

This leads me to…

B) NOT KNOWING YOUR A+ CUSTOMERS

This is on two fronts –

Know who your current A+ customers are – They pay on time, revenue from them increases year on year, they give you referrals.

Know what your potential A+ look like – Use your best current customers to nail down the prospects you could be targeting including; business size, decision maker, industry, locality, age, market cap.

I now narrow my ideal customer down further by creating an imaginary person who fits all the characteristics, giving them a name and trying to approach prospects that look similar.

It makes my initial pitch stick 90% of the time as I’ve only selling to a single avatar that I know has a high closing potential.

I often hear the following from sales people “it’s no problem my sales target is due next quarter”.

Every time I hear this I want to strangle the person saying it.

Sure if you work at a car dealership and there is potential for new foot traffic every day, projecting a few months forward could work.

But for most B2B salespeople it’s going to take at least a month to build a new list of qualified prospects, 1 month to build rapport and sell them and then another month before they pay up.

If you’re way behind and you’re hoping that final push at the end of the year is going to be what gets you over target, likely you’re not leaving enough time on the game clock.

In my first sales job I spent a week making sure my email signature was perfect, that my voicemail message was nice and clear and that my CRM was updated and ready for action.

I then spent weeks 2-4 going through the notes of the previous salesman on the patch and sussing out where my best accounts were and who the competition was.

I then missed my sales target that quarter.

I just didn’t have enough time left to hustle the deals I needed together.

When John (a genuine, highly experienced, sales hustler who I learned a lot from) joined the company on the territory adjacent to mine his first week consisted of cold calling every single person he had on record to introduce himself.

Then he spent the following year meeting with these people and closing deals.

No dry cleaning his suit and getting a haircut every week.

No ‘building rapport’ (trying to get laid) with the girls in the office.

No time wasted doing useless shit that isn’t going to earn you money.

He only spent time on tasks that made money.

This often pissed off our sales manager when John’s expenses and weekly reports were always late but this was all very quickly forgotten at the end of each sales year.

This links closely to…

E) BELIEVING YOUR OWN BULLSHIT

Don’t believe your own products hype.

Senior management have to get the whole company excited. Marketing have to bend the truth to get people to listen. Salespeople have to tell the truth.

Sure your product might be 10% faster, stronger, better than the competition but I wouldn’t go on about it unless it’s going to make a noticeable difference to the prospects life.

I once closed a 6-figure medical device deal after explaining to a surgeon that the cables that pass light into the patient so they can see what they’re doing have been improved and now offer 30% MORE LIGHT than the old design.

He mentioned that he had already seen marketing literature about this at a surgical convention and that he was “interested in buying some”.

I went on to explain that they only ever run at 60% of their capacity anyway and that is bright enough otherwise you get too much glare.

I told him the truth about a product that marketing had inflated useless numbers on to leverage more trust into our relationship.

He was blown away by my honesty and then took me seriously when I explained that the uprated 6-figure camera system that the light cable is attached to would actually make a difference.

It would allow him to perform his procedure faster, allowing for an extra patient to be put on his list each day, which allows him to save more lives and make considerably more money.

Of course, he bought it.

F) THINKING THAT SALES IS A RISKY CAREER

Sales is only a risky career if you don’t put in the effort. It’s probably the world’s safest job if you –

Build personal rapport with your customers – They will follow you to whatever company you move to – Which means it’s difficult for a manager to sack you – Which means you’re an asset and so have leverage to increase your wages – So you have the ability to quickly increase your income but have no downside risk like an entrepreneur.

It’s even less risky now we live in the internet age.

By using the internet as a tool you can become a well-known industry expert. Prospects will track you down and come to you directly.

At this point as the leads are coming to you directly (rather than being spoon fed to you by the company you work for) and you’re untouchable by management.

If you have an end goal (mine is becoming financially free at the age of 33) then sales is the quickest way to bring in wealth with no risk in having to invest in assets or taking on debt up front.

Appreciate it. Hustle harder. Win the game of money.