Contrary to what most people think, science says that you’re not in control of all of the decisions that you make each day.

There are a lot of automatic decision-making processes that go on within your brain. In this video, you’re going to learn the eight most impactful of these cognitive biases and how you can use them to your advantage.

So if you find that you keep making stupid decisions, seemingly on autopilot, whether that be in your selling career or just in life in general, this video is going to explain why that happens and how you can stop it in its tracks.

Have you ever wondered why hindsight is such a powerful tool? It’s because a lot of the decisions we think we make are processed automatically in our brains. We’re not in control of them.

It’s only after the decision has been made that we look back with hindsight and engage the logical part of our brains that we realise where we went wrong.

Our brain does this because it requires less mental energy to make quick, automatic decisions than it is to ponder every single thing that we have to do each day. And our brains are as lazy as the average sale manager.

No, but seriously, imagine if you had to think of the pros and cons of that great big truck, hurtling towards you at 60 miles per hour as you walk across the street to grab an overpriced latte.

It’d mow you down before you even managed to pull out a pen and paper to think to create the two columns of “benefits of jumping out of the way”, “benefits of getting flattened and allowing my wife to cash in on my life insurance”.

So with that said, let’s jump into the eight cognitive biases or short cuts that all of our brains take each day –

The issue is, the first lot of information isn’t always going to be most reliable.

For example, if I’m selling a product and I tell you it’s worth £20,000 a month, then two days later I come to you with a credible story that I can now offer it to you for the low, low price of £10,000 a month, it seemed like a complete bargain. This is because your judgement on what pricing is fair is based on the initial information that you received.

This is an example of how “anchoring” is used as a tool of influence. Many organisations sell their products by anchoring a fictitious price that the product never actually sells for. Then they pitch the lower price afterwards to secure a deal.

This can also be used more subtly too. For example, if I ask you whether the tallest building on the planet was more or less than a thousand feet high, I’ve already anchored this number in your brain which can skew your response.

So have a guess, pause the video and leave a comment below on how high you think the worlds tallest building is.

Good, well if you commented a number between 800-1300 ft, then my question that mentioned 1,000 foot specifically skewed your answer. The worlds tallest building is in Dubai, and it is 2700 foot tall.

The good example here is that a lot of people in the Western world consider terrorism a real threat to their safety. This is because terrorism is screamed in our faces every single day through newspapers, TV shows and of course Youtube videos.

So most people assume because of the availability bias that you have a real chance of being killed by terrorists, and something needs to be done about it…

The reality is, you’re more likely to die from a coconut falling on your head or being struck by lightning than being attacked by a terrorist. Yet most people don’t worry about these things.

If you live in America, you’re 130x times more likely to be killed by a police officer, the people who are there to keep you safe from terrorists, than die from a terrorist attack. How crazy is that?

This cognitive bias works because most people do not make decisions based on facts; they make them based on stories as stories sink into our brains easier.

This is an essential cognitive bias to remember when you’re selling, as it suggests that you should blend facts about features and benefits with customer success stories to leave an impression on your potential customer’s mind that will be hard for a competitor to change.

People tend to believe what other people think.

So people like to be a part of the crowd rather than nervously looking on as they make a decision that does not fall in line with everyone else.

This is incredibly important in sales. If you composition yourself as either the industry-standard product or the hot new start-up service or service that everyone is flocking towards, you’re instantly given an incredible amount of credibility.

If everyone is using your product, it must be the best right? Well.. maybe but that is how the potential customer will see it because of the bandwagon bias.

The bandwagon effect is especially devastating when you look at the financial markets. The world economy can technically be in a recession for months or even years before anyone pays attention to it. But when people start selling their shares, it encourages other people to sell theirs. The price of stocks rapidly goes down, which causes a scare, in which case more people panic sell, which amplifies the situation, which leads to a full-blown market crash.

The bandwagon bias is in play here because people aren’t selling their stocks because they’ve analysed the company and its performance, and they’ve concluded that now is an excellent time to sell. They sell because everyone else is doing it and so they feel like they should as well.

People tend to defend themselves once they’ve committed to a decision. This defensive stance is essential for sales professionals to understand. Because if you annoy a potential customer, and they flippantly they say they’re not going to do business with you, then they are unlikely to change their mind in the future.

Another example of this is what people call “fanboyism”. You can see this with nerds that love Apple products such as the iPhone or the MacBook. These devices feature-wise, are not very different from the competition, but this individual has decided to buy “Apple”. So even as the price of these products goes up and up, they will defend their purchase and proclaim they are far more differentiated what they are.

The flip side of this is that most religious people haven’t chosen their religion. It was dumped onto them as a child, and they’ve never bothered to question it or research other religions that with hindsight, with objective thinking, they may be more appropriate for them.

You see this an awful lot with in the world of health and fitness as well. For example, if you enjoy drinking red wine, your brain will pay attention to the scientific publications that suggest that red wine is good for you in small amounts. But, if you think alcohol is bad, you’ll naturally pay more attention to the studies that show links between alcohol and cancer.

So make sure you’re genuinely open to the opposite side of discussions; otherwise, you might also fall into the…

Example of this could be when you know that you’re behind with on your sales numbers but you “put your head in the sand”, like a cartoon ostrich, and choose to ignore this fact.

You continue procrastinating, trying to get by without joining salesman.org… wink, wink, Link in the description and don’t do anything about the issue.

We do this because in the short term this bias can relieve some stress that we might face if we embraced the gravity of the situation, but over the long term, this bias always makes things worse.

The outcome bias skews your thinking based on the past. This is because people judge the effectiveness of a decision, based on how things turned out. They very rarely examine the conditions that existed at the time when the decision was made. Instead, they evaluate performance solely on the end result.

This is best explained with an example. So if you were in massive credit card debt and decided to take out an additional loan to buy a bunch of lottery tickets, then by some miracle you won, managed to pay off your debts and still had money leftover, the outcome bias would push you to believe that you made the right decision.

The reality is that this was a stupid thing to do. You’d be crazy to take out another loan if you already had large amounts of credit card debt, to take such an insane risk in buying lottery tickets.

This happens a lot in business. Let’s say that a manager who is making a purchasing decision. His team and all of the data tell him to buy product A, but his gut tells him to purchase product B.

On one occasion, his gut decision to buy A, by chance happened was the correct decision to make even though it went against all of the logical evidence.

So the bias will then make this manger trust their gut on purchasing decisions, and they will make countless mistakes in the future and not reassess the best way to making buying choices.

Finally, we have the survivorship bias. This final bias is when you judge something based on the surviving information rather than all the information that you have.

An example could be you, right now watching this video. It’s nearly the end of the video, and so you will have a different opinion on the content than someone who viewed 30 seconds and clicked off because they were bored.

When we only listen to the people who have completed the process, we ignore lots of feedback from people who didn’t.

This is a real problem in the sales training industry. You get lots of middle-aged, angry dudes in suits that don’t fit banging on about cold calling and all the other weird sales techniques that worked in the 90s.

Because these techniques worked back then, these guys had some success and so started training others.

Now they have survivorship bias and will only focus on what worked for them ignoring the facts that the market place has changed, and nobody answers cold calls any more, and also their audience is not like them. Otherwise, they would have already had success cold calling. Right?

This is one of the reasons that the Salesman.org training platform includes an assessment that then tells you, specifically, what training will work best for your personally type. This is the most effective way to ramp up selling results, fast.

There we have it, eight of the most significant cognitive biases explained with a bunch of examples of how this affects you in your B2B sales role. 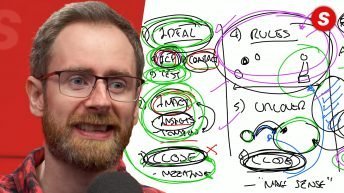 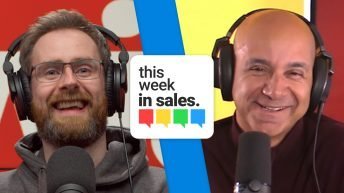