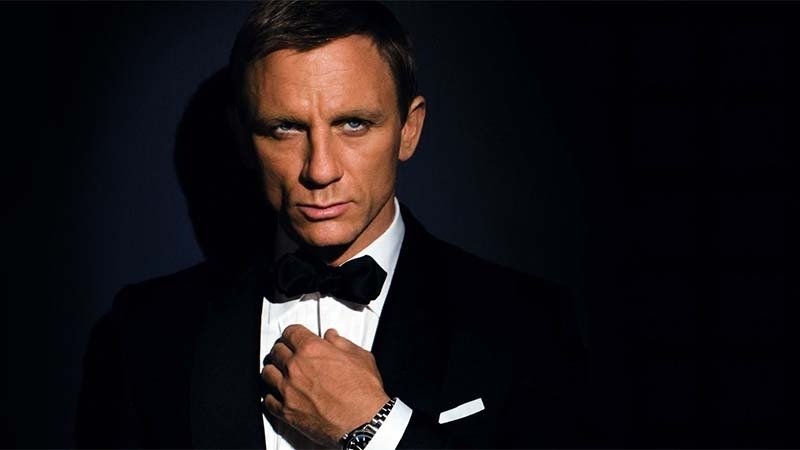 I’ve never been as confident as what it appears from the outside looking in. My manly, calm exterior is often a bullshit cloak over my internal fears.

I’m scared someone will write a negative comment about this article.

I’m scared Will might sack me for stepping over the line in my writing (when he is the one pushing me to do so).

I’m generally nervous about something.

Yet, I kill it in sales because I know how to influence others to think that I have everything under control.

Be under no illusions, no-one has it under control. Everyone is faking it until they make it whether they admit it or not.

In the corporate world this is something that can go one of two ways. You come across as a charming, slightly flirty, real human and people will open up to you and build rapport quickly.

Or you come across as the creepy dude that no one likes to be around once they’ve had a pint for the chance that you might grope them inappropriately.

I use this “he’s confident” boosting technique in 2 ways –

The only issue I’ve had with this in the past is when you do it to a guy who thinks they’re the ‘Alpha male’. They’ve read some books, listened to some podcasts and now they think they have to have the biggest proverbial penis in the room when it comes to closing deals.

You can quickly cause tension with these characters by trying to out-alpha them.

Let them play their own little games whilst you win the hearts and wallets of the people that really matter.

Nothing is more important to indicate that you are confident in what you are pitching than keeping strong eye contact with the person you’re interacting with.

You could be jelly legged and fidgeting with your hands but as long as your eyes say you are calm and cool that is what will be believed.

I learnt very early on from a girl in a bar that trying to project your personal confidence outwards by leveraging material objects is a bad idea.

It took 45 minutes of her catching my eye from across the room (which started out as cute little glimpses and ended with her waving me over) for me to approach her.

I sputtered my usual “Hey, I’m Jared, I’m just getting ready to leave. Where do you think is a good place to hang this evening?” chat up line. Which baits them to say a place which you then invite them to.

As I said my line I dumped my Porsche logo laden keys on the table in front of her thinking she’d be impressed.

Turns out she was a genuinely confident girl which no shame in speaking her mind.

She called me out on it. In front of EVERYONE.

She told me I was trying to use a car (which 99% of women do not care about) to make up for the fact that I was sweating, mumbling and covering my mouth when I was speaking.

She tore me to shreds in front of all of her friends.

I was devastated at the time and I’ve still not heard the last of the banter from my friends.

Since then I have seen the CEO’s I sell to on a day to day basis pull the same shit with me. Dropping their Bentley/McLaren/Tesla keys on the table trying to bait me to ask about them.

I never do and I feel dirty that they tried to manipulate me and so I can now appreciate why I had annoyed that girl in the bar.

This is something the Salesman.Red team have to feedback to Will when he’s interviewing guests on the Salesman Podcast. He’s interviewed over 100+ of the world’s top sales experts now and he still needs to be reminded to speak slower.

Men who are in charge of both themselves and others don’t need to rush their words out. They already have the influence that make others listen and so slowing your voice is a great way to demonstrate this.

It goes hand in hand with…

We all notice the CEO who walks into the room slowly, looks around, chooses someone to interact with (whilst we’re all praying it’s not us) and then swoops in gracefully with some small talk.

It’s appears to be charismatic but I guarantee it’s a conscious, predetermined pace that has been worked on over the years.

The slightly slower than usual walk indicates that you’re again in control, nothing can phase you into rushing and that you demand a level of respect.

6) Shutting The Hell Up

Salespeople speak too much. They know they do. They get nervous and then they’re word sick all over the person they’re interacting with.

“A good memory and a tongue tied in the middle is a combination which gives immortality to conversation.” – Mark Twain

Nothing shouts “I’m confident bitches” more than when you sit down with someone and they’ve talked for hours when you’ve barely said a word.

I have to focus my mind completely to be able to manage this as it’s constantly popping out nervous, dumb things to say but once you nail it you will look awash with confidence.

Smiling is the number one, bang for buck, instant win, magic bullet, [insert cliche] that all men can use right now, instantly to appear more confident.

A smile shows the world that you’re having fun and you can’t be having fun if you’re not in control, stressed or scared.

A smile indicates that you’re someone worth talking to.

A smile makes you approachable both in business and in the club.

That James Bond frown you walk around with does not look cool. James Bond isn’t real and even if he was, you work in sales not international counter-terrorism.