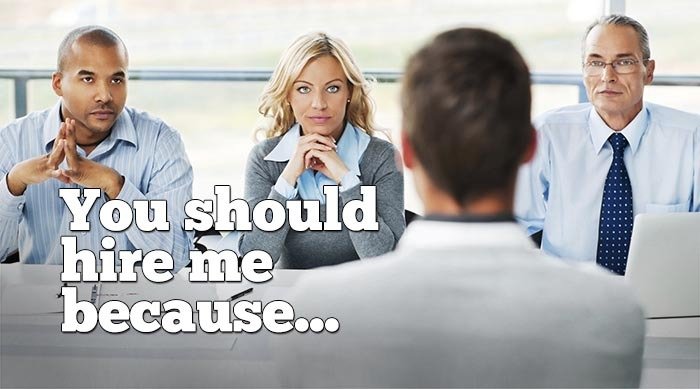 I narrowed down and secured my dream sales job when I got asked to leave my first sales role within the chemical industry.

I’d be brought in on a graduate training scheme to fly up the ranks as a sales pro in one of the biggest chemical companies in the world. But when a salesman didn’t get a promotion leaving no gap for me to squeeze into and then flourish I was left back in the office doing paperwork and I hate paperwork.

I got asked to leave around 6 months in on a cold Friday afternoon because I’d made so many mistakes with the simple but boring tasks they asked me to do.

I’d let this company sell me on a position rather than me selling them that I didn’t need no ‘graduate scheme’, I was ready to rock and roll right away. It was my own fault that it didn’t work out because I didn’t know how to play the sales hiring game.

After this setback I used the tricks below to join one of the most prestigious medical device companies in the world, in the team selling their most prestigious product (and then went onto moving to their biggest rival when they brought out their new superior range of products).

1) Know what your dream sales job actually is

You can’t close your dream sales job unless you actually know what it is.

Medical devices pays great so that’s what you want to do for the next 40+ years? Stop and think before you set your heart on a specific industry or position.

Sure the pay is great but the long hours, blood, guts and shit takes its toll over time.

Have you really done enough research to call this your DREAM sales role?

I hate to say it, honestly I do but money isn’t everything. I’d take a sales role which is more secure than most (something that is truly consultative so you’re not going to be replaced by an online order form) where you spend most of your time doing deals in nice restaurants and dealing with C-Suit staff over something far higher paying any time.

But you don’t have experience in the industry you’re wanting to break into? No problem, just…

A day in the field with a rep does 3 things.

Ask management hard questions and let them know you’re interested. See if there’s any way you can help them and your efforts will come back to you.

Most industries are pretty small once you know the key players and when you narrow them down further into specific territories they’re smaller again.

4) Search for opportunities not advertisements (and avoid that funnel)

You’re in sales! Sell yourself (not like that) and get in the front running for a dream sales position before it even exists.

The hiring managers will be expecting (if you’re a good guy they’ll be hoping) that you try and sell them on the idea of hiring you.

They may not have a role open at the moment but you’re going to be the first person they call when they do.

If all that sounds like too much work and you’re going to go down the traditional funnel of applying to a job advertisement (phone interview – in-person interview – second in-person interview/presentation etc – job offer) then all you need to understand is that the only thing that matters is getting past the next step.

The only thing holding you back is looking better than the other 10 people at each point in the funnel and you’ve got to do whatever it takes to look like the best candidate. Then the game resets and you start again.

Step one is the CV/resume and it’s where most salespeople fail to sell themselves (not like that!) as they’re not sure of the rules.

As long as you’re not outright lying – anything goes. Remember all that matters is getting to that next step.

If you have to do something uncomfortable to increase your odds such as ringing the sales manager 5 minutes after sending off your CV to confirm that it’s arrived (but really you’re ringing to build some rapport with him) then do it.

7) Understand things from their perspective

You have to understand the hiring manager from two perspectives; they’re forced to use a process that their corporation gives them to hire people, they’re real people with thoughts and feelings.

Did you know that when you email in your CV a piece of software pulls out all the important stuff, formats it into an email and then once a day the sales manager clicks a big YES/NO button which sits under each applicant.

They probably spend 5 seconds looking at what you wrote in total.

That means – The pretty formatting you used means nothing, if you don’t hook them in the first 2 sentences you’re done, they may not even bother reading that cover letter you spent weeks agonising over.

Any incites you can gather from current sales reps or a couple of phone calls to HR about the hiring process being used will allow you to beat the sales manager at their own game.

The final point is that all things in sales, ‘people buy from people’. It’s clichéd I know, I’m sick in my mouth every time I say it in my head but it’s true.

Once you understand the ins and outs of the process used all you’re doing is selling the idea that you will work hard and close deals for the company you’ve approached.

Sell this idea, reduce the risk involved for the employer (demonstrate good sales figures etc), close the deal and the job is yours.

Because most people are lazy, they didn’t read to the end of this post and they are your competition.

BONUS: ALWAYS close the interview by asking for the job

I’ve sat in on interviews and it’s always an automatic FAIL/you’re done/no further response/no hire when the salesperson being interviewed didn’t at least attempt to close the deal there and then.

Of course it’s going to be a rarity that the hiring team OK’s things on the spot. They’ve got to talk between themselves and make sure they’re all in consensus on the best candidate.

But you work in sales!

This is a clear opportunity to show that you can sell and close business.

If you wuss out and don’t do it (or you’re just too polite about it) then you’re never going to see those people sitting opposite again.