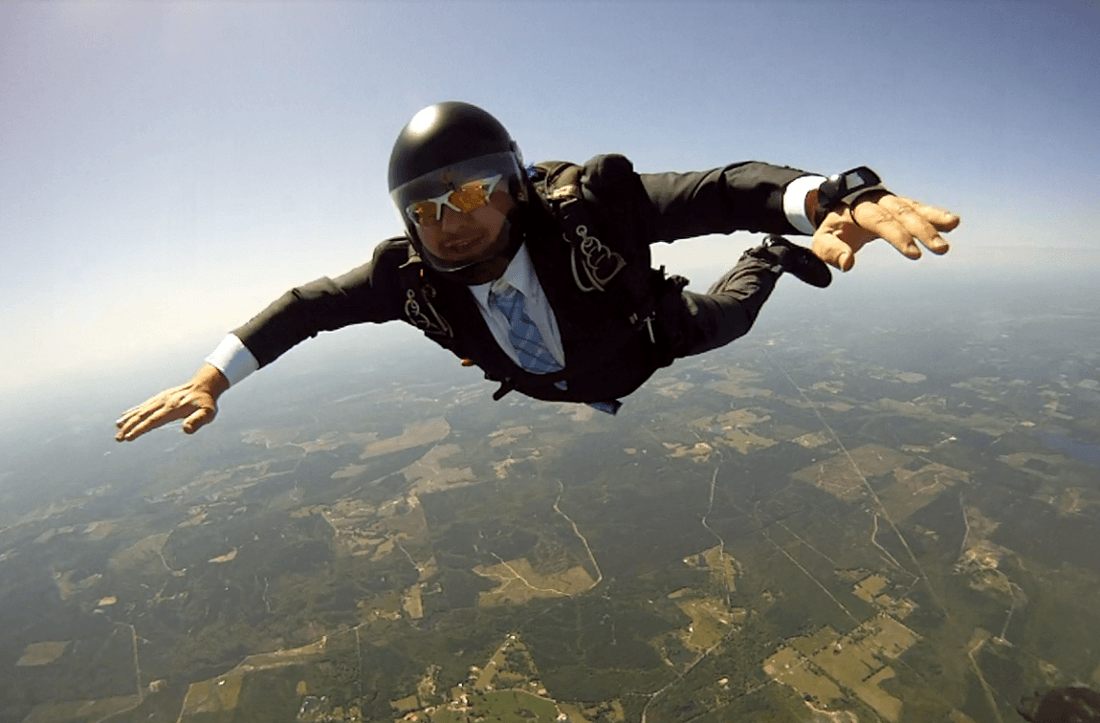 There was a time that I’d earmarked my monthly commission bonus to a skydiving course. Something I’d wanted to do since I was a kid.

A couple of big deals fell through that month and I didn’t make my target which meant not getting the bonus and so not being able to book the course. I then had to put the whole thing back a year because the course is only ran in the summer because of our British weather being so back and forth between almost warm and windy cold.

I lost some of my sales funk in the following month and it took committing to the following 5 methods of getting out of a sales slump to get back on top of things.

Whenever I’ve needed motivation, no matter what it’s for, I get a single finite goal and start working towards it.

For Upgraded Salesman it’s to have 1 million downloads in December of 2015 for example.

In my past sales roles it’s generally been a monthly target which was the yearly target broken down into 12.

The reason why setting a single goal works so well in sales is that it cuts out the distractions. Depending on the goal you set, it’ll force you to stop pandering to those crappy customers that don’t put much business your direction or to focus on the top level prospecting that you know provides you with results.

It helps remove the noise which in itself is demotivating over time.

Following on from the first point, printing out this single goal and plastering it over places where you’d usually slack off will motivate you.

I used to have a background on my phone that said ‘make one more call’ that regularly used to motivate me to make that last few cold calls at the end of the day and it’s that bit of extra effort that sets you apart.

There is nothing more motivating than not wanting to look like an idiot. Tell the people you care about what your trying to motivate yourself to achieve and they will start to ask you about your progress when they speak with you.

I assure you it’s way less painful to close those deals that you’ve been putting off than it is to explain to your girlfriend that you can’t afford to do something because you got lazy.

Sales doesn’t flow beautifully from day to day – if it does you’ve way to make prospects and you need to be closing them faster.

You’re going to have epic days and ones that suck. Sometimes you’re going to upsell the prospect and make a killer commission and sometimes they’ll take hours of your time and not give you anything.

This is the flow of not just sales, but life.

Learn to be OK with this and know that if things are going downward but you’re doing everything right they’ll turn around.

If you’re still struggling to get motivated to crush your sales targets then you need to set your goals smaller.

It could be that your yearly sales target is making you nervous or your brain hasn’t wrapped itself around the work that needs to be done to achieve it.

Ask yourself – what is the one thing you could do right now that would move you in the right direction.

This could be anything from aligning your prospects from easiest to hardest to close, to sitting down and starting a plan of action to hit your target.