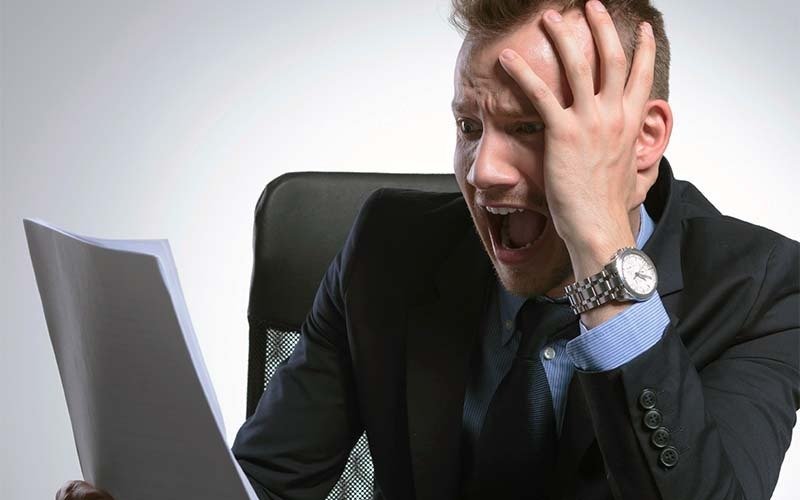 I scared away a leading men’s fashion brand from sponsoring the Salesman Podcast because, I gave them too much of my attention.

Isn’t that we’re told to do?

The prospect and I got on well. He’s the marketing manager for a suit retailer and he was thrilled that I’d reached out to him about a potential partnership.

Over the course of 2 weeks we’d shared a few emails, had 4 phone calls but it was when I sent him a copy of a marketing book I was enjoying he got turned off.

(Damn you Martin Lindstrom, author of “Buyology” for writing an excellent book!)

I thought I was going the extra mile, helping my customers business grow, adding value to the individual.

The marketing manager loved the idea of having their brand both associated with the Salesman.Red and also in front of you guys.

What had sold him in the original emails was that I’d said I was going to take care of everything.

We’d create the ads, we’d collect all the tracking data and we’d drive him more sales without him having to lift a finger.

All he had to do was pay a quarterly invoice and he’d see more sales. Simple.

When stuff started coming through the post he got spooked.

His partner is pregnant with their 4th daughter, he’s achieved 110% year on year growth at the suit retailer that has to continue otherwise his job is on the line and the last thing he wants is a salesperson taking up his time.

So he cut the cord.

I’ve not heard back from him since.

The lesson I learnt was two fold –

Here are 3 other ways I’ve scared away potential customers –

I don’t care who you are. Every salesperson has lost deals by not keeping in contact with prospects.

I’d also wager my RX8 that every salesperson (even if they don’t realise it) has lost deals by not keeping in touch with prospects after they’ve been turned into customers.

It’s very easy to lose track of people if you don’t have a system in place to account for them and there is no excuse for not using a CRM tool now we’re selling in the internet age.

A high quality CRM such as Pipedrive (a partner of the Salesman Podcast) might initially be seen as an ‘investment’ by whoever is going to have to pay for it.

But it’s more important than that, it’s a necessity.

Not using a CRM is like turning up to a sales meeting without clothes. Fortunately for most people they are a necessity too.

Pipedrive allows you to clearly see the prospects that you have moved through the sales process but not closed with it’s interface, so nobody gets left behind.

I Pushed Them Too Fast

I lost a decent 5-figure deal in my medical device sales days by asking a surgeon to personally speak to the procurement manager to speed up the invoice being paid.

The surgeon was happy to walk down those gloomy hospital halls over to the sparking, brand new procurement and finance building to speak to my contact over there.

He wanted quicker delivery of all of his new surgical toys.

I wanted my commission bonus which got paid when the customer paid the invoice.

The procurement manager phoned me to cancel the order and request that I cancel the invoice.

I immediately went on the defensive.

But the damage was done and I lost the deal at the last minute.

The procurement manager was so irate because she’d been clear with me as to the amount of time it takes to go through the purchasing process at that particular NHS Trust.

It needed multiple sign-off’s from the operating theatre management, then agreed by procurement and then it was passed to finance for the invoice to be physically printed, put in a pile and then processed when they had time to process it.

Her worst nightmare was getting weekly visits from surgical staff, then nursing staff then even IT staff when things they were buying hadn’t been paid for immediately.

So she used the surgeon and I as an example that if anyone chased her, they wouldn’t get anything.

This aligns with research that shows that 25% of buyers biggest pain comes when sales reps don’t follow their companies buying process.

I Tried To Force The Close

When I’ve had the perfect sell, everything has gone to plan through the sales cycle and I’m adding genuine value to the prospect, the close ‘just happens’.

The prospect will ask me for the invoice. They’ll say email this person to wrap up the payment side of things.

It happens around 40% of the time and it makes me feel warm and fuzzy.

The rest of the time I rely on closing techniques to move the prospect from – convinced to committed.

This is where sales becomes less science and more skill.

The ability to judge how far you can push a prospect before they push back and don’t want to close the deal is a trait that only the top 1% of sales professionals posses.

If I’m sat face to face with the prospect I can dial up the pressure just slightly and push them over the hump of making a decision without manipulating them.

Over email I’ve failed so many times that I don’t even bother trying any more.

It’s down to experience and the more I experiment with forcing the close the better I get at it but I’ve still a huge amount of room for improvement.

If it tells me I’m going to scare away a prospect by doing something then I’ll simply not do it.

The gut is the most powerful and most often neglected sales weapon we have.