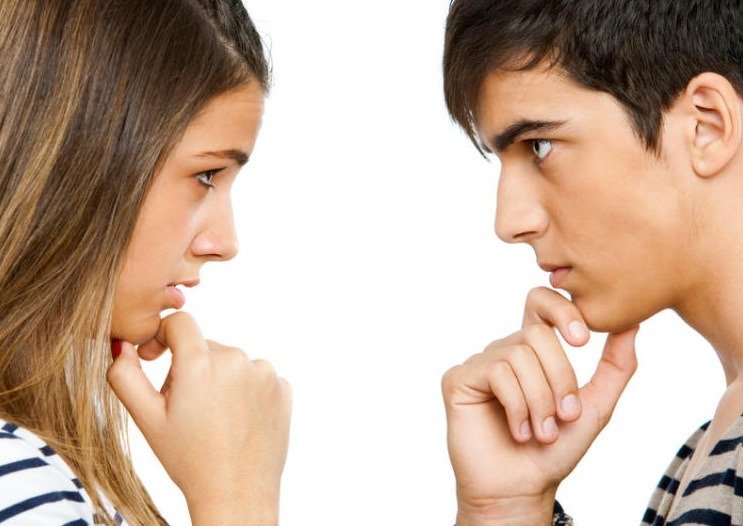 Every salesman who has ever done basic sales training thinks they understand how to read body language.

“I know, I know, crossed arms, tapping feet means it’s not time to close” remarked a salesman I was working with recently.

My response “Perhaps, but what if the prospect is cold and needs a piss?” which got a few laughs at the back of the room. However it’s true, many of the common things salesmen are told to look out for could have multiple mechanisms.

“OK smart arse, what should I be looking out for?” the salesman threw back as he felt embarrassed from the laughing.

“The eyes tell the whole story” I started to explain to him.

If you watch a high level boxer or MMA fighter compete, they stare into their competitors eyes for pretty much the whole fight.

Why do they do this? It’s not like they’re going to get knocked out by some ones eyeball.

It’s because what the eyes are doing are a very good indicator of what the person is planning on doing next.

If they’re going to throw a right hook, they might look to the right hand hide of their foes face so they can calculate distance with the stereo effect from their eyes for example.

I’m not sure I can help you if you’re boxing with your prospects. The average salesman needs a more subtle approach to reading intention that what fighters use.

Generally people gaze their eyes around your face when you’re speaking to them in one of three ways.

Each correspond to how comfortable (and so easy to close) they are feeling in that moment and it’s a very accurate way to know when to keep talking and when you need to change things up.

This is what you’re going to be getting from the prospect after you have shaken their hand and you start talking.

They will be looking from eye, to your forehead to your other eye. It’s subtle but it will be happening (women do this more obviously and change their place of focus more regularly).

The ‘I like you and what you’re saying’ gaze

This is when you should start to ramp up the pace of your pitch and peak the excitement of the prospect. If you’re going to close another meeting or the sale as a whole then this is the time to do it.

The prospect is engaged in what you’re saying and isn’t just being polite when their gaze goes from your eye, to your mouth then across to your other eye.

The ‘Um something is up’ gaze

This is the final gaze that you need to be aware of. When the prospect goes from eye to eye and then down below your chin.

Subconsciously the prospect is doing one of two things –

By monitoring the gaze pattern of the prospect you’re working with you can see what their mood, thoughts and reactions are to what you are telling them.

It’s a powerful tool and because it’s simply written about far less often than things like crossing your arms, people are less informed and so less likely to try and control it.