3 Templates For A Perfect Sales Voicemail

In this episode we are talking about voicemail and how you can get attention even when your potential customer has not picked up the phone.

Because there’s nothing more frustrating than knowing that you can really help a prospect and solve one of their business problems and not being able to communicate that with that with them.

And leaving an effective voicemail is far less likely to get you in trouble with the law than sneaking into your prospects house and leaving your message on their bedroom walls in lipstick… that gets attention but doesn’t usually get the deal done.

So if you’re ready to start leaving voicemails that have prospects pounding on their iPhones, calling you back, then hit that thumbs up button and let’s get into it…

So in this video I’m going to give you three effective voicemail templates. But don’t worry, you don’t have to write all this down as we go through the video, there is a link in the description below that has goes to a page where all these templates are available for free. You don’t even have to give your email address to get access to them.

Hello this is [your name] from, [company name].

I’m calling because, [reason for calling]. This benefits you for, [benefits].

Have a great day. Goodbye.

So as a real world example, selling our Salesman.org training product to VPs of sales I’d say –

Hello this is Will Barron, calling from Salesman.org.

I’m calling because we’ve just improved your competitors revenue by 24% with 4 weeks of training and we can do the same for you.

So let’s break down this template and that will help us understand what were really trying to do when we leave a voicemail message.

First off, you can see that I’m not doing anything weird or manipulative. The old school way of selling would be to share that “I’m calling as I  have something incredibly exciting to share and I need you to call back right now before you lose access to it…” or I’ve even heard old-school sales trainers tell salespeople to start sharing the benefit that they can give and then purposefully hang up halfway through the sentence so it sounds like you’ve been cut off.

Both of these tactics are gross, obvious and imagine doing damage to a surgeon, which is who I used to sell to when I worked in medical device sales. They’d think you were an idiot at worse and at best it would severely devalue you as an industry expert in their eyes

So as you can see from our template of –

Hello this is [your name] from, [company name].

I’m calling because, [reason for calling]. This benefits you for, [benefits].

Have a great day. Goodbye.

The main thing that we are trying to communicate is that we are an expert, calling upon someone that we can help, getting them used to our voice, and preempting the fact that we are going to continuously follow up with them until they give us a response.

That is all we are really asking for from a voicemail.

Unless you are half way through the deal and you have something specific to talk about, most of the time your prospects will not reply directly to you from a voicemail. That is why we always follow-up with an email having just built a little bit of trust and rapport via a professional voicemail message.

Does that make sense? Do you think this gives you some structure to your voicemails now? Great.

Because there’s nothing worse than getting a voicemail from someone who hasn’t pre-thought out what they’re going to say before they leave it.

So how else can this voicemail template be used?

Well let’s look at how it can be adapted in the case of a referral situation.

So for example, every time I provided a high level of service to my surgical customers, I would ask them if they thought any of their colleagues could also benefit from the same value.

Often, they would provide a referral which I would then have to use voicemail, calls and email to follow up on.

So let’s look at how we can use this basic voicemail template, specifically for referrals.

Hello [prospect name], my name is, [your name], and I’m calling from, [company].

[Referrers name], suggested I should book a meeting with you and gave me your details because we have, [benefits to original prospect], for them and they think we can do the same for you.

I will send you an email right now with a little detail on how, [referrers name], thinks we can help you and it will be great to speak with you this week.

So in this voicemail we have leveraged a number of the principles of influence. This includes social proof from including our referrers’ name and recommendation, we have been polite and likable and we’ve also started to build a little bit of authority because we have solved thr problem that our prospect is facing for somebody else. That’s not bad for a quick voicemail, right?

Now prospects don’t show up to product demos, scheduled meetings and other events for numerous reasons. This is part of doing business and it is nothing to be worried about.

Worrying about “no-shows” in a sales job would be like an MMA fighter being worried about getting kicked in the bollocks. Sure it hurts, but its bound to happen at some time.

But we do need to relentlessly follow up on these individuals who do “no-show” so that we can either get a “no” from them and remove them from our pipeline or we can get another meeting booked in the diary we can progress the sale forward.

Therefore, if somebody no-shows, don’t follow-up by email, call them immediately. Be assertive here. They may have a very valid reason for no showing, but they have wasted your time, your company’s time and resources and this is not acceptable when you are a high-value dealmaker.

If you call the individual and they don’t answer, leave a voicemail using the following template ##NEXT SLIDE## –

Hello [prospects name]. I’m calling regarding our, [meeting/call/demo] that we had booked for, [time/date] which is today.

I want to make sure you’re not having any connection issues and as my diary is now booked up, I want to see if I can squeeze you in to another timeslot that fits.

I will call you again in an hour to get this wrapped up.

Here you can see that we’re not letting the prospect off the hook by saying that we will email them to rearrange another meeting or by framing the conversation that “maybe it was our fault and we got the date wrong”.

If you go into the sales process being unassertive like this, your prospects will walk all over you and treat you like an amateur.

Again, think of the principles of influence that we have tapped into with this “no-show” voicemail template. We have shown authority, we have scarcity because we are saying our diary is nearly full, we have assertiveness as we are saying that we will follow-up in an hour on the phone rather than being passive and asking them to get back to us with another timeslot.

That is usually enough to get a response from a “no shower”. “no-shower”? There’s probably a penis/ugly person joke there somewhere but lets not lower the tone any further than we have to.

When you go up at the end of your sentences makes it you sound uncertain in what you are asking from the prospect.

Additionally, I don’t have a particularly powerful or deep voice but when I stand up straight, have good posture and I talk a little slower, my voice projects a lot more authority and so try doing that when you’re leaving voicemails as well. 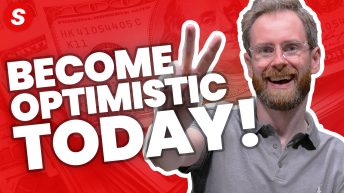