3 Powerful Value Adding Activities That Everyone Can Implement 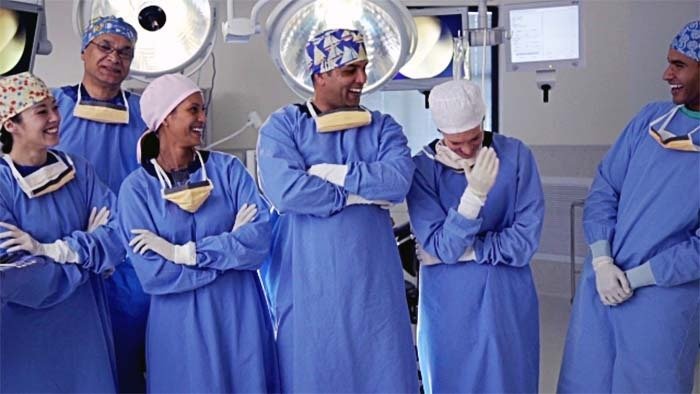 Are you struggling to close deals because your product features are similar to your competition?

Do you find it difficult to justify your pricing when there are cheaper alternatives?

Is there even a reason a prospect should buy from you personally rather than an online order form?

We’re going to solve each one of these issues by discovering the secrets behind “adding value”.

Why Should I Add More Value?

By adding more value PERSONALLY you’re taking the buying decision away from a series of facts and figures that you can’t control – features, benefits, delivery times, opening hours – and giving the prospect a reason to buy from YOU.

“Anything that just costs money is cheap.” ― John Steinbeck

Everyone has different industry knowledge, technical ability and contacts and so if the prospect buys into you then there is nobody that can compete.

How I Added Value To A Busy Surgeon

When I used to sell camera systems for a medical device company, I spent a lot of time in hospital operating rooms.

Generally they’re cold, squint inducing bright and generally quiet places minus the hum of fans from medical equipment floating around the room.

There was 8 surgical students, obviously doing the surgeons head-in by being loud, asking daft questions and seriously impeding his efforts to find a kidney stone.

The surgeons anger level at the disrespect of the students making noise as he tried to work was rising.

The tension was getting thick. The regular nursing staff could feel that something was soon going to snap.

The surgeon had exploded at medical students before and the results weren’t pretty.

Do Something Will, Anything!

My mind raced with ways to get the students out of there until he could wrap up the procedure.

I wanted to sell a new camera system to this guy. People don’t buy when they’re red faced and angry.

I shuffled towards the middle of the room, leaned towards the operating table and asked the surgeon if he’d like me to take the students into a side room and teach them a little about the equipment he was using.

“YES!” he muttered under this surgical mask and I grabbed the students one by one, by the shoulder and lead them into the side room.

I spoke with them for a good 30 minutes until everything had wrapped up with the patient. The surgeon came in, grinning from ear to ear.

“Come see the size of this stone” he proclaimed to my audience and of course they dropped whatever piece of medical equipment and ran towards their career hero.

Really he meant, “come and tell me how wonderful I am and stroke my ego”.

Later in the coffee room the lead theatre nurse sat next to me and thanked me for helping out. Turns out she was the person responsible for inviting other medical device companies into the hospital so all of our imaging equipment could be compared.

After I took charge, added value and became someone she PERSONALLY wanted to have spending time in her operating theatre, suddenly she didn’t feel she needed to invite them in to compete for the business…

Adding value isn’t about better terms or lowering prices, it’s about what a salesperson as a human, a person, an industry expert, as a individual can do to make the lives of their prospects better.

There are a surprisingly small number of ways to do this…

Every single, seemingly impossible to calculate number of ways to add value to your prospects can be grouped into 3x categories.

Transformational Value – You turn a step in the prospects process from one thing to another.

Example – Your service takes the documents the prospect provides and puts them together with analysis which makes them useful for the prospects customers.

Guaranteed Progress Value – You do something the prospect could do themselves but you will make sure and guarantee it happens.

Example – You manage the lighting at the big event and take the risk away from an already busy prospect who is putting the event on for their customer.

Completed Value – You do something for the prospect that speeds up their process completion.

Example – When I removed the obstacle and distraction of the surgical students I enabled the prospect to do their job.

If you’re struggling of thinking up ways to add extra value to your prospects just think how you could make a change in each one of these catagories to either make the prospect more money or ease their levels of stress.

The biggest lesson I’ve learnt about adding value is that I need to explain the value I’m adding to the prospect. Otherwise they’re entitled to take it for granted.

The surgeon didn’t care that I’d helped him out. He was that stressed he probably didn’t even notice it was me taking the initiative.

I lucked out that the nurse was paying close attention otherwise it could have been all for nothing.

I’ve lost count of the number of times I’d stay late to help with a difficult operation or drive hundreds of miles on a Saturday morning to deliver equipment that was needed for a surgical procedure to take place to be thanked and then booted out.

No acknowledgement of my time or expertise.

Therefore my effort had been wasted.

If the response I get now is “meh” then I simply don’t do it. I’m obviously not adding enough value to make them appreciate the sacrifice that I’m willing to make.

The pay off isn’t great enough.

Only when they pause, look me dead in the eye and say “hells yes” will I take action.

HAVE YOUR SAY –  What do you do to add value to your prospects? Let us know in the comments below.