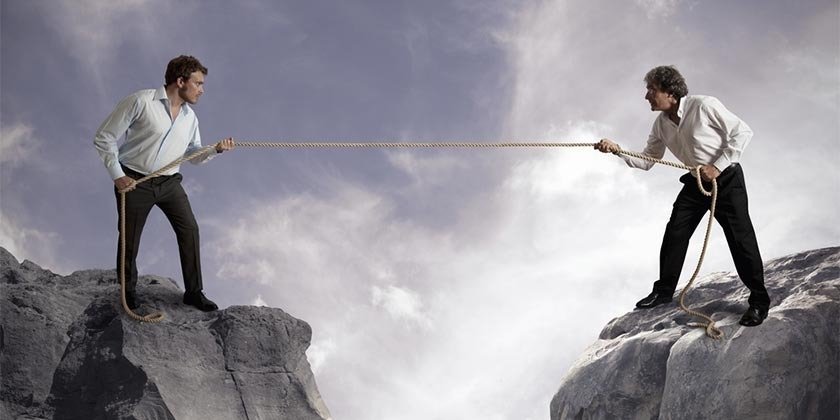 The winner of any sales negotiation is the person who cares the least. It’s that simple.

Issues arises however when one or both parties think they’re in the better position and they’re wrong about it.

Salesmen generally assume that they’re on the weak side of the negotiation, that they need to close the prospect. If you’re sales pipeline is full then this isn’t the case.  If you keep closing weak deals with no profit margin your company isn’t going to be able to afford to employ you for long anyway.

If you have positioned yourself well, have a unique solution and are charging a fair price you should be confident in any sales negotiation.

“Ha, he’s only young. I eat sales fools like him for breakfast” Robert whispered loud enough that I’d hear him, quiet enough that he could pretend I shouldn’t have as he put down his desk phone.

I took one look at this middle-aged, arrogant ‘professional buyer’ and knew I wouldn’t be speaking with him for long.

“I don’t care about your product, all medical device companies are the same these days. Just give me your price so I can knock another 50% off it son”

This was right before I famously (within the company) walked out of the room and left a £120,000 deal on the table. I had offered Robert more than a fair deal. The purchase would have given him cost savings of over £360,000 in the next 10 years and so he was in a position to actually make the department money (a rare thing in the UK’s National Health Service).

A week later I closed the deal with the hospital’s Director of Finance (his boss). It was a clear win-win for everyone.

The director of finance explained that Robert the purchasing director was notorious for the stunt that he tried to pull with me. Most salesmen cave to the pressure and drop their pants on price when he disrespects them he explained.

I knew this already.

The only reason I reacted differently was because he’d screwed me a year earlier with exactly the same shenanigans. Almost word for word!  Unfortunately for him the second time around I did these 3 things differently –

1) I maked a strong but fair offer to begin with

When you make a fair offer and stand by it you come across as strong. Trained buyers will always push for a lower price and when you take price negotiations off the table you severely disarm them (they usually don’t have a plan b to get a better deal).

From losing money on the first deal I did with Robert I learnt that I needed to have people higher in the food chain on board the next time around. They usually care less about the bottom line and more about the bigger picture which was overall total cost savings.

3) I did more research research on the buyers

This could have all been avoided if I’d have asked my colleagues who had dealt with Robert in the past their thoughts on him. I’d have realised that he wasn’t the final decision maker and I could have skipped him in the sales process altogether. When I did ask I got told to see the director of finance instead of him.