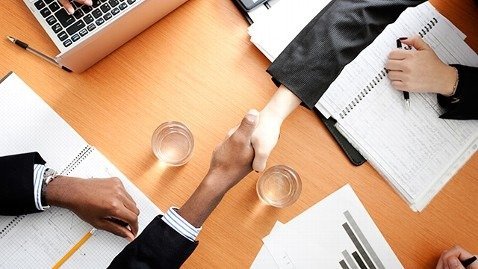 A good friend of mine always gets his own way and does it without coming across like a dick. In fact quite the opposite – everyone loves him.

He recently asked me to help him move house and I was there like a flash. Not because I had nothing to do, not because I owed him a favour, he simply convinced me it’d be good fun.

The crazy thing is, he doesn’t even realise how persuasive he is. This isn’t something he has studied and practiced. He has just habitualised a number of traits that make myself and others lean into his ideas rather than run away from them.

People who can influence know exactly who their talking to. Then they use this knowledge to speak their audiences language.

This applies to salesmen in specific industries using the correct terminally in meetings which shows both expertise and that you’ve made an active effort to communicate correctly.

Your prospects are much more likely to be influenced when they feel like they have a connection with you.  A negotiation study showed that students in a classroom negotiated and reached an agreement 55% of the time when they were told to just start discussing.

However when the students shared their background and a little information about themselves before discussing the negotiation they reached agreement 90% of the time.

It’s important to remember that when you’re trying to persuade a prospect that if they see you as a real person and not just another salesman, they’re much more likely to want to work with you.

Confident but not pushy

A lot of the time prospects do not want to spend their mental energy working out if your product is right for them. Everyone’s brains are designed to do the least possible work and use up the least amount of resources.

Therefore a confident pitch can do half the job as the prospect is subconsciously thinking ‘they couldn’t be that confident in their product if they didn’t think it was a win for the both of us’.

However at the opposite end, persuasive people never argue their position. They simply don’t need to.

As soon as you become pushy and on the defensive you’re signalling to the prospect that something isn’t quite right and that they need to do more investigation.

People are going to be far less likely to do what you’re suggesting if they don’t 100% understand what it is you’re asking them to do.

As a salesman you need to have a firm grasp, not just on your product specifications but on your ‘offer’.

What problem are you solving for the prospect and what do they have to do to get started?

It’s very difficult to believe in a salesman and trust them when they’re putting on a front. You need to be comfortable in your own skin if you’re going to stand any chance of persuading.

I’ve had complaints that my posts contain swear words but I don’t change a thing. Why? The reader knows I’m being 100% myself and open with them because I’m writing my own voice not some corporate version of myself.

Nothing builds rapport quicker with prospects.

Be open to both sides

Persuasive salesmen know the importance of seeing your prospects point of view. As soon as you admit that your argument isn’t perfect and you acknowledge things from the prospects perspective they will drop their defensive shields.

Great salesman are able to tell stories to paint a picture of what the end result is going to look like for the prospect.

If you’re not the best at story telling (you better get practicing) visual aids such as customised mock-ups for your products and services and make the sale real in the mind of the prospect.

Research shows that most people decide whether or not they like you within the first seven seconds of your first meeting. They then spend the rest of the conversation internally justifying their initial reaction.

A firm handshake, positive body language and a genuine smile every time you greet the prospect may do more to enhance your ability to influence than any other habit.

People love hearing their own name. It’s something they will never get sick of hearing.

Nothing pisses off prospects quicker than when you have not taken the time to ask for their name and commit it to memory.

I deal globally in selling the Upgraded Salesman Magazine advert portfolio and I’ve often asked for a name and not quite got it due to a bad phone line, unfamiliar accent or just that it’s a name I’ve not come across before.

There are no excuses here. Not once has a prospect been offended by me asking 2 or 3 times for them to repeat their name so I have it down perfectly for the rest of our conversation and beyond.

Influencers get the name, spelling, name of partners, spouses and more as they understand the power behind a name.

Persuasive people want to win the war not the battle. So what if you have to give a small % discount here or add a feature there if that prospect is going to become a lifetime customer to you and your brand.

Subconsciously conceding on the small stuff that doesn’t really matter is a sure fire way to become successful, rather than poor but ‘right’.

Many of the habits listed here will come naturally to you if you’re already a great salesman. The master influencer however sees the gaps and try’s to fill them.